Now retired, sixty-three year old Coquitlam resident Ord Lyons recalls how he used to be at the front of the pack amongst co-workers when they would go on their daily lunch break walks. But over time he started lagging behind, despite working as hard as ever to stay with the group. Looking back, Lyons considers this to be one of the earliest signs of his Parkinson’s disease, which he was diagnosed with in the fall of 2010.

“I wasn’t happy to hear the news, but I was extremely fortunate with my GP because he was very matter-of-fact about it and tried to get me to understand that while it’s not a good thing to have, it wasn’t an immediate sentence of something incapacitating,” says Lyons. “And he said it could be quite a few years before it really became a problem.” 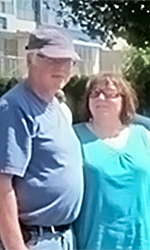 Lyons decided to take action and has been making the trip from Coquitlam to Vancouver three times per week, for three months, to participate in a clinical study about Parkinson’s disease that is investigating the mechanisms by which exercise is beneficial for Parkinson’s patients.

Vancouver Coastal Health Research Institute scientist and head of neurology at the University of British Columbia, Dr. Jon Stoessl, explains that it has been increasingly recognized in the last few years that exercise will at least have a short-term impact in improving motor function in people with Parkinson’s – their balance, speed of movement, and, for some people, even improvement in the tremor. 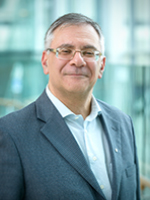 “We’re trying to find what it is that exercise does that leads to benefit patients in both in the long and short term, ” says Dr. Stoessl.

Study lead Matt Sacheli explains that they are investigating how the brain’s ability to release dopamine might change with exercise.

Since dopamine is the main neurochemical affected in Parkinson’s disease, researchers believe that exercise may result in a slower loss of dopamine nerve cells in the brain. The study will look at changes in the brain before and after three months of exercise and will also look at disease progression over a three-year period.

“We’re using PET (positron emission tomography scans) first to look at dopamine release and we’re also using transcranial magnetic stimulation (TMS) at the same time to stimulate the specific area of the brain that releases dopamine to give us baseline and post-exercise levels,” says Sacheli, who is pursuing a PhD in neuroscience at Pacific Parkinson’s Research Center under the supervision of Dr. Stoessl at the DMCBH. “Additionally, we can see if there are changes in neuroplasticity; it’s kind of an indirect marker of changes in cell behaviour, potential neuronal growth and changes brain networks in response to exercise.” 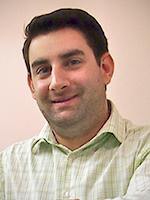 “Finding out why exercise, or how exercise, helps the brain is a very important scientific contribution because people have only speculated based research done with animals and it’s not the same thing,” says Dr. Stoessl.

Sacheli adds that the drawback he has seen in exercise research is the attempt to find the perfect formulaic prescription for exercise, such as exact minutes for strength or resistance training or cardiovascular activity.

“Ultimately there are an infinite number of combinations of intensities, frequencies and exercise types that make things very difficult, but by doing this type of research and really trying to get at the mechanisms of exercise, we’ll understand how the brain is impacted by exercise in people with Parkinson’s,” he says. “So if we can understand how the brain is changing I think then we can hone in on to optimize an exercise program and find adjunct therapeutic avenues and additional therapeutic targets.”

“The future of medicine is more preventative approaches and that’s what research really helps us work towards, especially with more naturalistic treatments like exercise. I think there’s going to be a real push to use these as therapies and the evidence-based medicine approach will make these treatments viable.”

Patient participants such as Lyons are essential to finding such answers.

“We can’t do the research without the patients. They are huge contributors to this and it really allows us to get in front of the disease and further medical research” Sacheli says.

The study, which is funded by a generous private donation made through the Pacific Parkinson’s Research Institute, has recruited a third of its cohort so far and Sacheli hopes to register more participants in the new year. To qualify, individuals should be between 40 and 80 years of age and have been diagnosed with Parkinson’s. Potential participants should also not be currently exercising intensely (e.g. more than 60 minutes per day, four to five days per week), which has posed an interesting challenge for the research team.

Lyons has found his experience as a patient participant entirely positive and educational.

“I definitely would encourage others to participate in clinical studies,” says Lyons. “The researchers have seen a lot of different people in a lot of different circumstances, so they have a pretty good grounding in Parkinson’s disease. Also, with the exercise, it’s been a good thing for me and it’s motivated me to get out there and keep going.”

Ask an Expert: How do I help my kids stay active at home during the coronavirus outbreak?