Vancouver resident Keiko Yamanaka always considered herself healthy. Up until two years ago, the 46-year old didn’t have any serious health concerns and was an avid mountain biker and long-distance cyclist. But after finishing a 96 km road ride with a group of friends, and while cycling home from West Vancouver, she started feeling nauseated and had a strange pain in her chest. Although she wasn’t experiencing serious pain, the feeling was bothersome enough that she stopped cycling and sat on a bench for 20 minutes. She felt better after resting, but later that afternoon both of Yamanaka’s arms very suddenly felt heavy.

“I decided to Google all of my symptoms and the searches were telling me that I was experiencing a heart attack,” says Yamanaka, an operations manager. “My boyfriend and I looked at each other and thought, ‘No, that can’t be right’.”

Once again she started to feel better, so she decided just to go to bed. But the next day brought on more intense nausea and a general unwell feeling, so Yamanaka went to Mount St. Joseph Hospital’s emergency department where she thought she’d be in and out fairly quickly. Unfortunately, it wasn’t the quick visit she had hoped for.

The emergency physicians at the hospital suspected she was experiencing a heart attack, but they couldn’t determine that definitively because, once again, Yamanaka was starting to feel better. The cardiologist at the hospital sent Yamanaka to another hospital where she had an angioplasty. There they discovered that she had a blockage, most likely from a tear in the artery. A few months later, she was referred to Vancouver Coastal Health Research Institute clinician scientist Dr. Jacqueline Saw because her of her work with young women experiencing cardiac events due to a condition called spontaneous coronary artery dissection (SCAD), with which Yamanaka was eventually diagnosed.

SCAD is a condition characterized by a tear or split – that is not caused by any trauma, catheter, or surgical procedure – in the walls of the arteries that supply blood to the heart muscles. Blood can accumulate at the location of the tear or split, which subsequently blocks or slows blood flow, causing a heart attack. 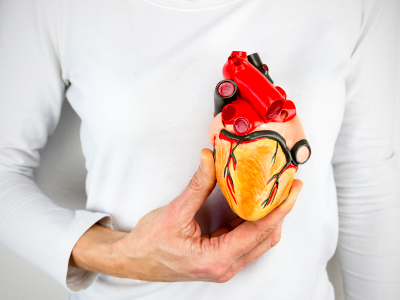 Dr. Saw, who is a clinical associate professor in the Division of Cardiology at the University of British Columbia and program director for the Vancouver General Hospital (VGH) Interventional Cardiology Fellowship Program, is principal investigator for the Canadian SCAD Study, which will develop one of the largest prospective registries of SCAD patients worldwide, following them from their admission to the hospital up to three years (at minimum) after. The study, funded by the Canadian Institutes of Health Research, aims to include 750 participants.

“Our study’s key objective is to figure out what are the long-term outcomes for these patients and the overlying shared characteristics of this cohort,” explains Dr. Saw. “By rigorously following these patients prospectively at one month, six months, one year, and annually thereafter, we hope to have very accurate answers on outcomes, such as recurrent incidences of cardiovascular events and recurrent hospitalizations.”

Saw and her research team will be looking at a number of features among study participants, such as admission characteristics, presenting symptoms, bloodwork while they were in hospital, electrocardiogram results and changes, angiographic changes, and other factors. Participants will also be asked to fill out a detailed questionnaire that asks them about their precipitating events – whether there was an emotional stressor, physical stressor, or other factors that may have triggered the cardiac event.

“We’re also looking into detailed history for patients’ potential predisposing causes, like medical problems with connective tissue disease or inflammatory conditions, and we’ll look into family history to see if they’ve had vascular problems in the family or other family members with dissection history,” says Dr. Saw.

“We plan on being relatively detailed in terms of collecting these clinical characteristics.” 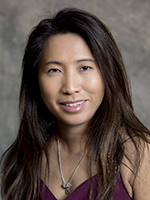 Through the Canadian SCAD Study, Dr. Saw also hopes to see improved diagnosis of the condition and for more women to be aware of their risk.

According to Yamanaka, she chose to register in the study so she could learn more about her own health and this condition that now has her pushing herself on her bike a little less than she did before.

“There’s no obvious cause to SCAD, so I’m taking part in the study to figure out what’s going on with me.”