Even though British Columbia emergency departments want to get pain medications to patients in need as soon as possible, barriers in doing so have resulted in some patients not getting them quick enough, according to a Vancouver Coastal Health Research Institute (VCHRI) study currently underway. 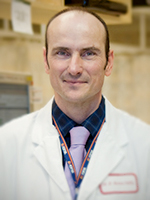 “There are a number of reasons why we’ve been very bad at getting painkillers to patients quickly, and this study is part of a multi-step project meant to address some of those barriers,” says Dr. Andolfatto.

One of those barriers is frequent congestion in emergency departments and waiting rooms. Patients often cannot be accommodated in a treatment room or stretcher in a timely manner where they would normally receive pain medication. And emergency department staff are reluctant to give painkillers in a waiting room because of potential side effects, specifically difficulty breathing. 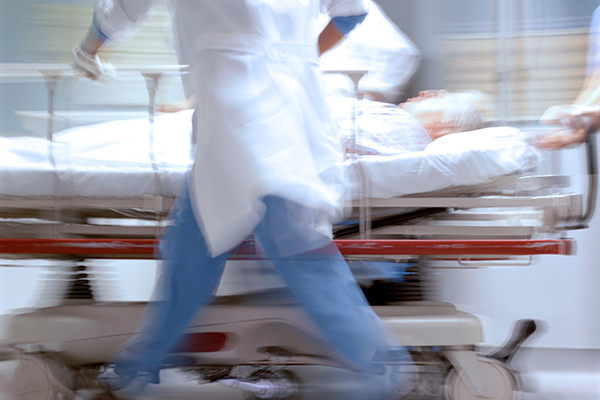 Lack of stretchers in particular also delays giving pain medications because people with moderate or severe pain are typically given analgesics through an injection or intravenously, requiring use of a stretcher to lie the patient down. To overcome this barrier, Dr. Andolfatto proposes using a different delivery system – a nasal spray.

“The advantage of a nasal spray is that you don’t need a stretcher. In fact, it’s best given to the patient sitting upright in a chair,” he says. “We’re taking results from a previous study about ketamine and other pain medications we’ve administered nasally, such as fentanyl, to see if they can be part of this study’s proposed new protocol for decreasing pain medication wait times.”

The study aims to develop a structured intervention comprising three components: 1) a staff education module to empower those providing treatment; 2) a standardized protocol at the emergency department intake desk for administration of pain killers; and 3) an expanded selection of analgesics and delivery methods compared to what is used traditionally, based on pilot study results.

“The expectation in terms of outcomes of this project are that when patients come to the ER experiencing pain, they should receive a pain killer sooner than they would have otherwise,” adds Dr. Andolfatto.

“We hope that at the end of our study there will be a lot more options for the delivery of pain medication, there are more types of medications available depending on circumstances, and staff will be more aware and empowered to deal with pain sooner.”