Raising a caution flag on teenagers and the pill

The combined hormonal contraceptive CHC – also known as the pill – has been around for more than fifty years. It’s widely assumed to be a safe birth control choice for women. But Dr. Jerilynn C. Prior, founder and scientific director of the Centre for Menstrual Cycle and Ovulation Research at UBC (CeMCOR), says it’s time to reconsider that assumption, especially when it comes to adolescents. 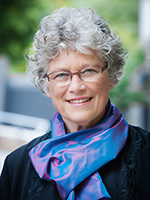 “There is evidence that early use of the pill can impact reproductive health. If we interfere or suppress the normal maturation of the reproductive system we open the door to potential fertility problems later on in life,” Dr. Prior says. Her review found evidence of lower ovarian reserve, as well longer time to conceive a first child, for women who had been on the pill.

“These are serious associations that demand further study,” says Dr. Prior. “Unfortunately much of past research has been on older women, not adolescents, whose reproductive systems are still maturing.” And today, women using the pill are younger. Fifteen years ago the average starting age in Canada was 20. Today it is 17. Dr. Prior says most younger users are not even taking the pill for birth control. Doctors now routinely prescribe the pill for cramping, acne, heavy periods, and irregular cycles.

“We have gotten into the habit of dispensing the pill for a variety of reasons it was never designed for. We are rushing to medically treat things like irregular cycles which are a normal part of early adolescence. Most women don’t have regular cycles for a couple of years after starting menstruation. Regular ovulation can take years longer. Our bodies need time to find their natural cycle.”

When it comes to birth control, Dr. Prior says the pill is also not the best choice for teens. “Teens are not as conscientious as older women about taking the pill so it is actually a less effective birth control method than using an IUD or a combination of diaphragm and spermicidal gel. And those alternatives are also safer.”

Another area of concern for Dr. Prior is bone health. Dr. Prior says peak bone density in women’s hips isn’t set until age 19, so anything that could interfere might cause problems like osteoporosis later in life. Studies suggest lower bone density gain in the spine in teens using the pill. Dr. Prior and her colleagues at UBC are set to release Canadian Multicentre Osteoporosis data on bone growth in young women using the pill or not. Dr. Prior hopes their work will spur the necessary randomized controlled trials on this issue.

“We have to do more research for the sake of our adolescent women. I urge parents, teens and their doctors to think twice about hormonal interventions when more effective and safer alternatives exist.”

Dr. Prior encourages young women to check out the CeMCOR website, use the “Ask Us” feature if they can’t find the information they need and become empowered about their own menstruation and health.