Ask an expert: Do I really need to wear a bicycle helmet (even on good hair days)?

Just in time for Bike to Work Week, Dr. Peter Cripton reminds us that bicycle helmets are hugely effective in preventing brain injury and trauma.

Q: How effective are cycling helmets for preventing head or brain injury?
A: In 2014, as part of a study, we tested inexpensive bike helmets from Canadian Tire using a drop-tower, which simulates impacts to different parts of the head. This is the same method used to certify helmets so they can be sold in stores.

In a fall from 2.0m, which is about the height our heads are at when we are sitting on our bicycles, the probability of a severe brain injury drops from nearly certain with no helmet to only 30 per cent probability with a helmet. Severe brain injuries are injuries with severe skull fractures and bruising of the brain, or bleeding in or beside the brain, or so-called diffuse axonal injury where injuries are spread throughout the outer surface of the brain. If the fall is from 1.5m, the probability drops from near certainty to approximately nine per cent.

In the laboratory impact study that we performed, we had the advantage over other helmet effectiveness studies (including epidemiological ones) of knowing exactly what impact is being applied and we were able to study the performance of the helmet in detail.

Q: What am I risking by not wearing a helmet when I’m riding my bike?
A: Your risk of sustaining a severe brain injury is significantly increased compared to if you were wearing a helmet. Most head impacts when cycling are at the lower speeds associated with 1.0m-, 1.5m- or 2.0m-drop heights. A severe brain injury can result in death, long periods in a coma, and severe disabilities including living out the rest of your life in a vegetative state. Helmets are not difficult or uncomfortable to wear and you should wear one when you cycle because it could save your life or prevent severe brain injury. It’s absolutely not worth the risk to not wear helmet..

Q: How common are cycling injuries in Canada?
A: In 2010, there were 618 cyclist traffic deaths in the U.S.A. and 60 in Canada. Broader data (including bicycling sports such as mountain biking) indicate that about 27,800 Americans and 4,300 Canadians were hospitalised for cycling injuries in 2009. I was also part of a study team looking at the effect of bicycle infrastructure (e.g. bike routes, traffic circles, etc.) on cyclist injuries here in Vancouver. Between May 18, 2008, and November 30, 2009, we counted 414 cyclists who were injured and treated within 24 hours in the emergency departments of St. Paul’s Hospital or Vancouver General Hospital.

Q: Ski and snowboard season is upon us. Is a helmet really necessary for these sports too?
A: Yes, and for exactly the same reasons as cycling. When falling against icy snow, or if you hit your head on a tree or rock, snowboard and ski helmets are highly effective at preventing both concussions and the more severe brain injuries mentioned above. Most ski and snowboard helmets use impact-absorbing foam similar to that used in bicycle helmets and have similar benefits if you fall and hit your head.

Q: What do I do about helmet hair?
A: How about always cycling with a hairstylist so that you can get fixed up at your destination?! This would make hairstylists the most popular cycling buddies anywhere! Or, fill your pannier to the brim with hairstyling products and work your magic later. While I know this may be why some people don’t wear helmets, just remember that helmet hair is infinitely more manageable than the profound lifestyle changes that would accompany a serious brain injury. Wear that helmet hair as though it saved your life! 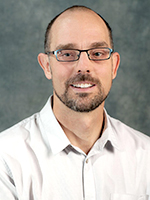