From sedentary to energized, older adults get active through Choose to Move

Many people know all too well the difficulty of getting motivated to exercise. It’s not easy. Transitioning from being sedentary to exercising regularly can feel like an uphill battle, but getting started is important. A growing mountain of evidence shows that regular exercise can drastically improve a person’s well-being and prevent major health problems later in life. And it’s never too late to get moving and reap the health rewards, says Dr. Joanie Sims-Gould, a Vancouver Coastal Health Research Institute (VCHRI) scientist and director of Choose to Move, a six-month, evidence-based program that helps get sedentary older adults in British Columbia engaged in regular physical activity.

“We know that older adults are among the most sedentary people in our population and that fewer than approximately 14 per cent of them meet the requirements for daily physical activity,” says Dr. Sims-Gould, a research scientist at the Centre for Hip Health and Mobility (CHHM) and an assistant professor in the Department of Family Medicine at the University of British Columbia. “And yet, we know that the health benefit of physical activity is equivalent to that of quitting smoking–it’s that powerful.”

“Engaging in physical activity is a stronger medication than any prescription. Even in our province, with the healthiest population in the country, we’ve got people who are very sedentary.”

Tasked in 2010 by the B.C. Ministry of Health to help create a physical activity strategy for B.C., Dr. Sims-Gould, Dr. McKay and her colleagues in the Active Aging Research Team researched what gets and keeps sedentary people physically active. Based on their findings, Choose to Move first connects participants to an activity coach who motivates them, helps them develop a personalized plan, and then follows up with them regularly by phone. The researchers partnered with the BC Recreation and Parks Association (BCRPA)-affiliated recreation centres and the YMCA to have fitness leaders trained to be activity coaches for Choose to Move.

Second, the researchers realized the importance of giving people choices. Choose to Move participants can choose to take part in whatever physical exercise activities they prefer: group-based activities like aerobics classes, individual activities like walking, or a bit of both.

“The evidence unsurprisingly shows us that people want choice and that some of us are joiners and some of us aren’t,” Dr. Sims-Gould says. “And really, if we’re thinking about getting people engaged, we have to meet them where they’re at. That’s what this program does.”

Choose to Move has been operating for one year and is currently running 126 programs in 26 communities across all five health authorities.

“We would like to engage 40 per cent of all B.C. communities and we’d like to see 360 programs across the province, ” she says.

Dr. Sims-Gould highlights that the low cost and low barrier to entry of Choose to Move may alleviate future pressure on B.C.’s health care system, which will likely be increasingly burdened over time by the shift in population demographics.

“By looking at an evidence-based health care program like Choose to Move, our health care system–which will not be able to sustain the needs of an aging population in its present incarnation–will be better equipped to support a growing population of older adults.” 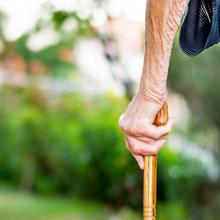 Consistency is key to maintaining a healthy brain 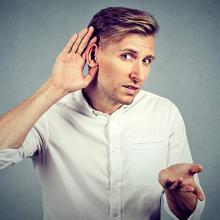 Ask an Expert: What happens if I have hearing loss but choose not to wear hearing aids? 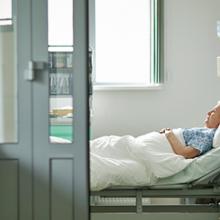