Ask an expert: How does the impact of alcohol on our health change as we age?

What research says about cutting back on booze as we get older.

Q: Do the effects of alcohol change the older we get?
A: As we age, the effect of alcohol on our brain increases. This means that even one or two drinks can induce feelings of intoxication, such as feeling out of control, dizzy and light-headed. These effects are experienced to a greater extent for older adults than for younger adults.

Q: I like to drink a glass of wine or two with dinner, but now that I am in my 60s, should I cut back?
A: While some studies show that a moderate amount of red wine can reduce the risk of cardiovascular disease, alcohol consumption of any kind can become an issue when consumed above a certain threshold.

Q: Why are consumption guidelines different for men and women?
A: Men and women have different thresholds because alcohol levels in a woman’s bloodstream become higher than a man’s with each equivalent drink. This makes it harder for a woman’s liver to remove alcohol from her bloodstream and can result in more physiological—the impact alcohol has on the body—and psychoactive—the impact it has on the mind—effects. A woman’s metabolism also changes to a greater extent than a man’s as she ages. So, the longer a woman lives, the more her metabolism slows down and the greater the effect of alcohol on her body and mind.

Q: Is there an increased risk of disease associated with alcohol consumption, particularly for older adults?
A: Research shows that people who over-consume alcohol are at greater risk of developing ulcers, cardiovascular diseases and certain cancers, such as mouth, throat, breast, bowel and liver cancer.

Older adults who over-consume alcohol are at an increased risk of suffering from falls, malnutrition, vitamin deficiencies and cognitive disorders, including dementia. Many seniors also take other medications that can negatively interact with alcohol, putting them at an even greater risk of becoming drowsy and losing their balance. With falls being the leading cause of mortality and morbidity among the senior population, falls prevention is very important for this demographic.

The general rule of thumb when it comes to alcohol consumption is to stick to the guidelines for your age group and the recommendations of your family physician, nurse practitioner and pharmacist. People with certain chronic diseases may be at greater risk of being negatively impacted by alcohol, so it is best to get advice on this too.

Every time you have a drink, the brain releases dopamine—a neurochemical that affects our brain’s reward centres, along with our emotions, movements and ability to pay attention and learn. The release of dopamine can generate a sense of euphoria. If you consume alcohol frequently over a long period of time, your brain can begin to crave the additional release of dopamine the same way it would other drugs, such as cocaine and heroin, which can eventually lead to addiction.

Q: So should I stop drinking entirely?
A: It is more important to consider why you drink and whether it has more of a positive or negative impact on your life. The more you drink and the higher the alcohol level in your bloodstream, the more you tend to experience the negative effects of alcohol, especially as you age.

If you think you have an alcohol consumption dependency or addiction, contact your primary care physician or nurse practitioner, or dial 2-1-1 to learn more about addiction resources. 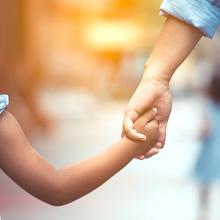 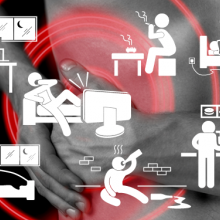 Ask an Expert: Even though I don’t drink alcohol, do I still need to worry about liver disease?