A brighter future with bipolar disorder 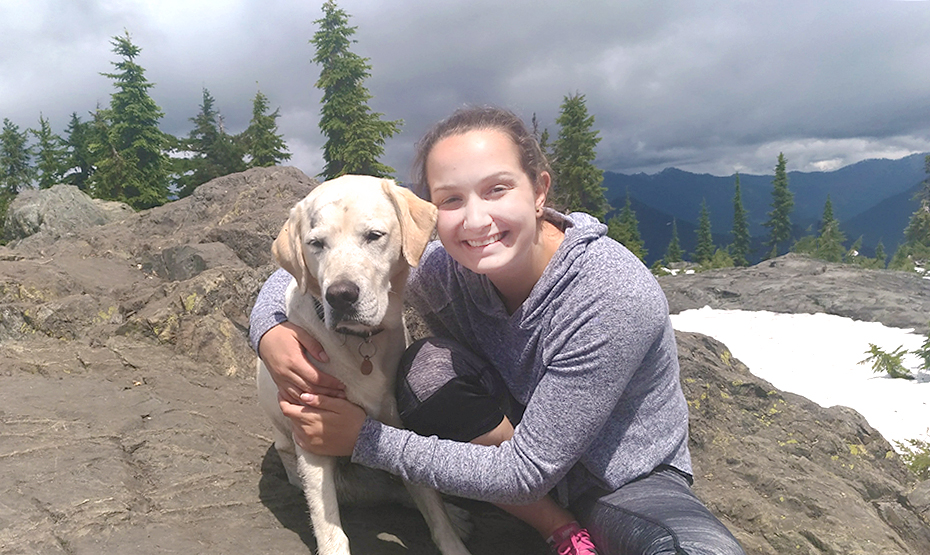 "I say yes to participating because it’s so cool that we can be the ones to teach doctors! By sharing my experience I’m helping researchers understand.”
– Madeleine Clarkson, New Westminster

At age 20, Madeleine Clarkson is already an old hand at helping researchers study disease. Diagnosed with bipolar disorder at age 15, Clarkson was soon enrolled in a long-term study at the University of British Columbia (UBC) Mood Disorders Centre.   The program has helped her to stabilize her condition, find a support network and plan for her future.

“I’m so grateful I got into this research study. It’s not just about research—it’s made me feel really cared for as a patient participant as well. The treatment I’ve received is top-notch. The research team really wants to make sure I am doing well. It’s not just about studying my brain.”

Bipolar disorder, also known as manic-depressive illness, is a brain disorder that causes unusual shifts in mood, energy, activity levels, and impacts people’s ability to carry out day-to-day tasks. About four per cent of Canadian adults are affected.

Clarkson has taken part in the STOP-EM (Systematic Treatment Optimization Program for Early Mania) study. It aims to identify bipolar disorder early—after the first manic episode—and then use the latest treatment options to prevent illness progression.

In her early teens, Clarkson struggled with severe bouts of anxiety and depression. She was initially misdiagnosed and given a medication which triggered a manic episode. She then received a diagnosis of bipolar disorder after being hospitalized.

Clarkson is now in her third year at Simon Fraser University, studying to be a French immersion teacher. She lives in New Westminster and visits the UBC centre once a year for memory and cognitive testing, occasional brain scans and to fill out questionnaires about her progress.

“Sometimes all the memory testing is a bit tiring. I’d think oh, I don’t really want to go but afterwards I’m like, ‘You know what? I just did something really great!’ It’s very rewarding.”

Clarkson says the visits also help her keep track of her mental health.  Through the program she has also met her current psychiatrist and a counsellor who specializes in anxiety issues.

Dr. Lakshmi Yatham, a research scientist with Vancouver Coastal Health Research Institute and a professor of psychiatry at UBC, is glad Clarkson’s experience has been so positive.  Unlike Clarkson, two-thirds of people with bipolar disorder don’t get diagnosed so early. This means they don’t get the benefits of early intervention, which would help stabilize their condition and prevent declines in cognitive functioning and brain damage.

“If people are not treated early on, they become chronic, with more mood episodes and more changes to brain structures and cognitive functioning. We used to think cognitive problems are only present during mood episodes but our research shows these problems persist even between the episodes and affect day-to-day life.”

Yatham says that while there are medications for mood problems, unfortunately there is no currently approved medication for cognitive problems. He’s hoping his newest study will change that.

A drug to reverse cognitive decline?

Yatham’s new study is testing a drug called Lurasidone, which is already approved for depression treatment in bipolar disorder, to see if it can improve cognitive function. In a recent pilot trial at UBC, Lurasidone showed promising results.

“The finding of our small study of 34 patients is very promising. There was substantial improvement in cognitive function in those people who were given Lurasidone but no improvement was observed in the people who received the treatment as usual without lurasidone. Now we want to replicate the findings of that study in a larger trial.”

Yatham is now leading a large international multicenter double blind trial to test lurasidone for improving cognitive function in people with bipolar disorder. The study is recruiting patients from sites in Japan, US, UK, Spain and Canada. Potential participants should have bipolar disorder, have cognitive problems and not already be taking Lurasidone.  They will receive memory and executive function testing to determine cognitive function and determine if they are eligible to take part in the six-week trial. The commitment is light, with four clinical visits and some follow-up phone calls. Yatham says the payoff could be tremendous.

“If this larger study confirms the findings of our pilot trial, it would be a major breakthrough. Currently, there is no treatment for cognitive impairment. This will be the first of its kind in the world and a massive advance in helping people.”

Down the road, if proven successful in reversing or improving cognitive function, Lurasidone could also be considered for cognitive repair in other psychiatric disorders like schizophrenia and depression.

Clarkson encourages other bipolar patients to take part in this latest study. “It’s very rewarding to be able to help others and further understanding of this disorder. It may feel like one more thing you have to do but trust me, it is worth it for all of us.”