Ask an Expert: Do I really need to drink eight glasses of water a day?

Nephrologist Dr. Peter Neufeld busts a big myth about how much water our bodies really need every day.

Q: Is it true that we need to drink eight glasses of water every day for optimal health?
A: No. We know that healthy adults can get by with far fewer than eight glasses, perhaps as little as three glasses a day indefinitely. If you suffer from kidney stones, though, then generally speaking you should drink at least eight glasses (i.e. two litres) of water and probably more like 12 to help prevent more stones from forming. There are some other rare kidney disorders that may benefit from higher fluid intake under the direction of a nephrologist.

Q: What are the origins of the idea that we need to drink this much?
A: I don’t know. It’s not something that we discuss in medicine.

Q: Can fluid intake include beverages like pop, juice, alcoholic beverages, etc.? Do those count as hydrating liquids?
A: Yes and no. Pop, juice, milk, and most beverages are mostly water, so they count.  Too much alcohol has a variety of negative health effects and cannot be considered equal to the others. There is probably a point somewhere between beer and hard liquor where the alcohol content is high enough to act as a mild diuretic and result in dehydration rather than hydration. Diabetics should not include pop or juice, as these can cause high blood sugar levels that in turn act like a diuretic and lead to dehydration.

Q: Can we also include water from foods as part of our fluid intake?
A: Yes. We don’t usually count it though because it is approximately equal (for most people) to the amount of water lost through perspiration and respiration in a normal day. Some foods like watermelon are mostly water but don’t make up a large part of a normal diet.

Q: Does coffee dehydrate the body? If so, does that mean I have to compensate by drinking more fluids?
A: Caffeine is chemically related to some mild diuretics, but the amount in most coffee is not enough to overcome the hydrating effect of the water in the coffee, so the answer is no for most people. Individuals may vary in their sensitivity to the diuretic effects of caffeine. But the reason most people have to go to the washroom after drinking coffee is that they were not thirsty when they had the coffee and the body has no need to retain that fluid. The same would happen from drinking a large glass of water under those circumstances.

Q: Is it possible to drink too much water?
A: Yes. People have died from ‘water intoxication’. It is difficult to do, as our kidneys can handle upwards of six litres of fluid per day. Generally, people only drink too much water as part of a drinking contest, hazing ritual, sporting event, or as a symptom of mental illness. You would have to drink a lot of water in a short time to do harm.

Recent emphasis on ‘pre-hydration’ and hydration for long distance runners may have contributed to some of the deaths seen during marathons in the last few years. Fortunately, the danger is now well recognized and that sort of advice is less common. Thirst is the body’s normal and healthy response to dehydration, so drink when you’re thirsty.

Q: How can I tell if I’m drinking too much or too little water?
A: Don’t worry about it. If you don’t drink enough, you will get thirsty, and when you do, you should have water available. If you have kidney stones, you probably should drink more, but that’s only to prevent stone formation, not for any other health benefits. If you drink too much, you will have to go to the bathroom often.

Q: How much more water do I need when working out or in hot weather?
A: Enough to treat your thirst. It’s not possible to be more precise than that as it depends upon ambient temperature, humidity, prevailing winds, how vigorous the work out, how much clothing you wear and whether you were mildly dehydrated or generously hydrated before you started the exercise. 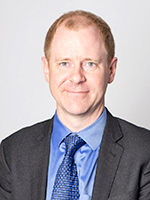