Making every dollar count in the fight against HIV in B.C.

A unique collaboration between researchers, mathematicians, and frontline health care workers is determining how to make the best use of health care dollars for maximal impact in the fight against the HIV epidemic in B.C. Vancouver Coastal Health Research Institute-affiliated scientist Dr. Rolando Barrios has partnered with IMPACT-HIV, an interdisciplinary modelling group at Simon Fraser University, to develop a dynamic mathematical model that will help find individuals living with HIV who do not yet know they are infected, start and retain them on treatment, and reduce new HIV infections within the province. 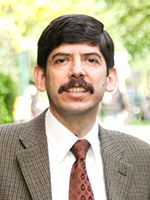 “IMPACT-HIV wanted use their knowledge and apply it to something meaningful and I needed to determine where to invest my organization’s health dollars to effectively achieve the goals of HIV treatment as prevention,” says Dr. Barrios, Vancouver Coastal Health (VCH) Senior Medical Director for Vancouver Community and assistant director of the B.C. Centre for Excellence in HIV/AIDS.

We developed this project knowing that the two main challenges to optimizing antiretroviral therapy as an HIV-prevention measure are: first, identifying those who are HIV positive who are unaware of their HIV status, and second, optimizing uptake of treatment among people who are known to be positive but who are not yet being treated.”

Recent research has shown the benefits of antiretroviral therapy or HAART (highly active antiretroviral therapy) not only to improve the health and increase the lifespan of HIV-positive individuals, but also to decrease transmissions at the community level. HIV patients who, through adherence to HAART, sustain undetectable levels of HIV in their blood, allow for immune reconstitution and actually prevent the emergence of AIDS-related diseases and premature death. At this level of infection, an HIV patient is markedly less likely to transmit the disease.

“Understandably, this topic of how to treat and prevent HIV is of interest to operations leaders (managers and directors) at VCH so we brought a group of clinicians and non-clinicians together to establish research objectives for the initiative,” says Dr. Barrios.

“This experience has shown me that early engagement between operations and researchers leads to very impactful research results that can be more readily embraced and put into operational practice.”

The group decided that their focus would be on the whole continuum of HIV care, which includes HIV diagnosis, care and treatment. With the help of input from frontline workers, the researchers’ first task was to use the sophisticated mathematical model to determine how to best invest their limited financial resources to optimize HIV testing either through targeted testing and/or routine testing. Targeted testing involves finding and testing individuals considered at high-risk for contracting HIV. Generalized testing on the other hand can be accomplished through family doctors at a routine visit without necessarily screening for risk behaviours. 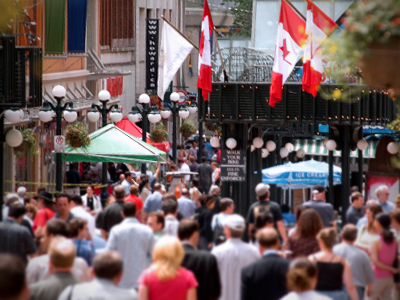 The researchers stress that their results are not recommendations, per se, because practical and ethical constraints do exist.

“In reality, we never reach the optimal solution due to such constraints,” says Dr. Barrios. “Implementing near-optimal solutions in practice is both very common and very useful: this can serve as a guide to help public health officials move towards the best possible outcomes to achieve high public health impact while saving a lot of money.”

“In Vancouver, dedicating most testing resources to routine testing (particularly in settings where HIV prevalence is high), will have the greatest impact on the epidemic. Reviewing and streamlining targeted testing programs and diverting extra funds to routine testing is likely to be the most effective strategy for finding HIV cases and stemming the spread of HIV in the city,” explains Dr. Barrios.

Dr. Barrios and the research team are currently moving onto the next phase of the initiative, looking at care and treatment. They hope to uncover how to optimize the processes of engaging HIV-positive patients, retaining them, starting them on therapy, and helping them become adherent to achieve the ultimate goal of virological suppression.