Winter’s vacay rays may do more damage than summer sun

More time spent in sun, intent to tan, and lower sunscreen use among winter sun seekers puts them at higher risk for skin cancer.

The rollout of public health campaigns about sun protection is a sure-fire sign that summer is just around the corner. However, reminders to seek shade and slather on the sunscreen may actually be more effective during the winter, particularly for Canadians most likely to repeatedly develop deadly skin cancers such as melanoma, according to research by Vancouver Coastal Health Research Institute (VCHRI) scientist and dermatologist Dr. Sunil Kalia and University of British Columbia (UBC) dermatology resident Dr. Danny Guo. Working with Dr. Carolyn Gotay, Professor and Canadian Cancer Society Chair in Cancer Primary Prevention at UBC, the researchers found that Canadians are experiencing more harmful, and sudden, bursts of intense ultraviolet (UV) rays while wintering in warmer parts of the world, which increases their risk of developing skin cancer. 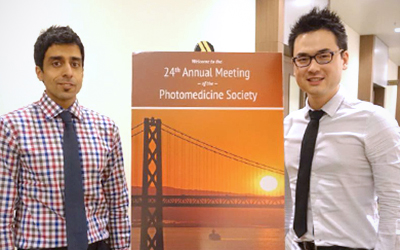 “Researching the amount of UV exposure Canadians get in the winter months is quite novel and something that’s been ignored,” says Dr. Kalia, president of the Dermatology Society of BC and assistant professor with UBC Department of Dermatology and Skin Science.  “We were inspired to look into this by our patients who tell us that they’re going somewhere warm for a winter vacation.”

“This is a small portion of the population going to hot destinations in the winter, but these are the individuals we see developing subsequent skin cancers because they’re getting so much UV exposure.”

Funded by the Canadian Dermatology Foundation, Dr. Kalia and Dr. Guo’s research into ultraviolet radiation exposure acquired during winter months used responses from the second National Sun Survey to look at three specific factors that contribute to risk of burning: time spent in sun, intention to tan, and sunscreen use.

Dr. Kalia explains that these findings are disconcerting because it is not necessarily chronic summer sun exposure that will result in skin cancers.

“It’s going from zero UV exposure to sudden high intensity exposure that, for melanoma development in particular, is a risky behaviour pattern.”

With these findings, Dr. Kalia and Dr. Gotay are currently looking to complete a feasibility project with the Cancer Prevention Centre and Canadian Dermatology Society to develop possible interventions, such as having airlines participate in delivering a sun protection message to their winter sun-seeking customers. He believes that the key to getting the message across is using language around avoiding sunburns rather than talking about the threat of skin cancer.

“People can relate to sunburns – they don’t want to get burnt; it’s not pleasant,” he says. “In general, more work can be done for sun safety advocacy and even though people leave Canada in the winter to enjoy warmer weather, we have to be realistic and ask them to protect themselves from burns.”

Rates of skin cancer are increasing substantially today, and awareness around the deadliness of some forms of the disease may take some time to develop.

“We all know sun is not good for the skin in terms of potential damage but even though we know it, we still haven’t changed behaviours enough to try to decrease the rate of skin cancer development,” says VCHRI researcher Dr. Harvey Lui, medical director of The Skin Care Centre and head of the UBC Department of Dermatology and Skin Science. “Our group’s research is trying to understand what aspects of lifestyle might be influencing safe and unsafe sun practices and how we can chip away at those influences to move people in a different direction.” 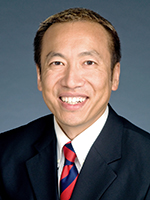 The 23rd annual World Congress of Dermatology is the largest international dermatology meeting in the world and only happens every four years. Dr. Lui and his team are organizing and leading the six-day event and are expecting more than 10,000 clinicians, scientists, researchers, and industry people from 126 countries to converge upon Vancouver for a week to talk about skin.

Dr. Lui, who is currently the secretary general of the World Congress and the International League of Dermatological Societies (ILDS), will become the ILDS president soon after the event ends. As president, he hopes to bring awareness to the professional community and the world about dermatology and expand its humanitarian role globally. 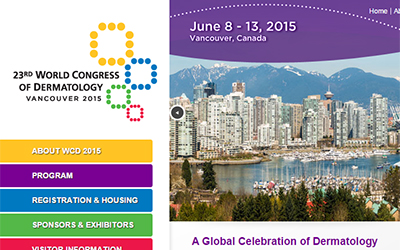 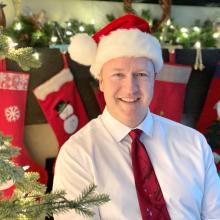 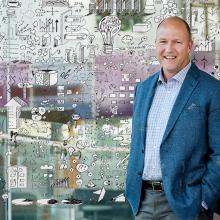 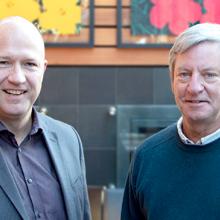