Scientists have uncovered how inflammation and lack of oxygen conspire to cause brain damage in conditions such as stroke and Alzheimer’s disease. 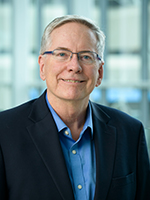 Chronic inflammation and hypoxia, or oxygen deficiency, are hallmarks of several brain diseases, but little was known about how they contribute to symptoms such as memory loss.

The study used state-of-the-art techniques that reveal the movements of microglia, the brain’s resident immune cells.  Brain researcher Brian MacVicar had previously captured how they moved to areas of injury to repair brain damage.

NB: A video of describing the findings, including microscopy footage of how microglia repair brain damage, is available at http://youtu.be/iVtyAF_24hE.

The new study shows that the combination of inflammation and hypoxia activates microglia in a way that persistently weakens the connection between neurons. The phenomenon, known as long-term depression, has been shown to contribute to cognitive impairment in Alzheimer’s disease.

“This is a never-before-seen mechanism among three key players in the brain that interact together in neurodegenerative disorders,” says MacVicar with the Djavad Mowafaghian Centre for Brain Health at UBC and Vancouver Coastal Health Research Institute.

“Now we can use this knowledge to start identifying new potential targets for therapy.”