From physical decline to newfound hope

"I say yes to participating in research for the opportunity to learn about my condition and hopefully contribute to better health care supports for others.”

Andréa Vawda had a monster living inside her that was attacking her heart and mind. The first signs of its invasion arrived when she was 13 years old in the form of migraines and painful periods. By her mid-30s, the migraines became an almost daily, and extremely painful, occurrence. She also noticed a decline in her cognitive abilities. It was harder for her to understand and retain information, and she was having difficulty reading. Vawda felt as though her memory and physical health were slipping away.

Now 41 years old, the full-time prevention specialist at Vancouver Coastal Health and part-time actor still shivers when she thinks back to what happened to her. “I learned how to cope with the pain and exhaustion, but I was afraid for my career and future. I am the only breadwinner in my home, so I couldn’t afford to miss work. I was really scared.”

“As a single mother, I was fighting to lead a normal life. I didn’t know what was wrong. I thought maybe this was just part of the normal ageing process.”

Vawda received a blessing in disguise on December 1, 2017. She woke up feeling even worse than usual. By the time she got to work, she had double vision and was having difficulty with her balance and the left side of her body. By 12:30pm she was vomiting and decided to go home. As soon as she got to her car, Vawda collapsed. She managed to call her mother who immediately dialled 911. Vawda was rushed to hospital by ambulance where she would stay for the next week, undergoing a battery of tests while doctors tried to figure out what was wrong.

An echocardiogram—which looks at how blood moves through the heart—revealed the culprit. Vawda had atrial myxoma, a rare heart condition caused by a benign tumour that grows on the atrial septum, the wall separating both sides of the heart. This monster-like growth attached to her heart was shedding pieces of tissue into her bloodstream that travelled to Vawda’s brain and caused several mini strokes. Vawda underwent open-heart surgery to have it removed, but the mini strokes did damage to her brain that continued to slightly impact her cognitive abilities.

Following her successful surgery, staff at the hospital asked Vawda if she was interested in participating in a research study that aims to improve the diagnosis of cognitive problems in young stroke patients like her. She said yes, and discovered new insights that would change how she perceived her condition.

Most strokes occur after age 55, but the rate of stroke among adults ages 20-59 is rising faster than among those 60 years of age and older. Dr. Thalia Field, a Vancouver Coastal Health Research Institute scientist and a stroke neurologist, is investigating the methods used to diagnose subtle cognitive issues in stroke patients. Specifically, she wants to learn how the current gold standard cognitive impairment test for stroke patients—the Montreal Cognitive Assessment (MoCA)— stacks up against the NIH Toolbox, Cognitive Battery (NIH) test, a more challenging, iPad-based exam.

Field, who is also the fellowship program director with the Vancouver Stroke Program based out of Vancouver General Hospital, is undertaking this research to better detect and track the subtle cognitive issues that patients like Vawda experience. These issues may not be readily obvious to clinicians, and are usually identified by the patient or family members.

Much of the research on cognitive impairment after stroke and its prognosis has focused on patients 55 years of age and older. Younger patients, like Vawda, have the best possible chance of neurological recovery, though better information on what to expect is key. A proper diagnosis from a more sensitive cognitive test, like the NIH, may help to clarify someone’s baseline cognitive abilities to track improvements over time. This can help with creating a realistic plan for individuals to return to their pre-stroke daily routines, such as work and family responsibilities.

“After taking the tests, I found out that I did well for a stroke patient in terms of my core competencies and ability to learn new things,” says Vawda.

Thanks to taking the tests, Vawda now feels more positive about her recovery and future. She plans on getting back to doing regular workouts at the gym, her acting side-career and spending more quality time with her 14-year-old daughter. 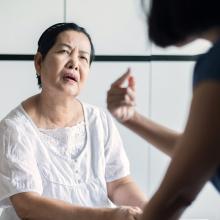 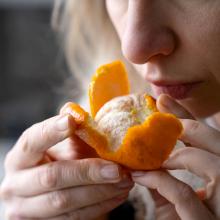 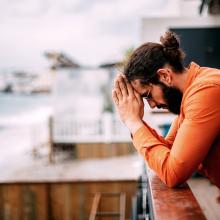