Ask an Expert: How did one researcher’s faulty studies shake faith in vaccines?

Dr. William Bowie explains why the decline in vaccination rates is so devastating.

Q: What were the findings from Dr. Andrew Wakefield's infamous studies?
A: Dr. Andrew Wakefield published studies purporting to show a link between receipt of the Measles, Mumps, Rubella (MMR) and measles vaccines, and the subsequent development of pervasive developmental delay or autism. The postulated mechanism was that vaccines caused an intestinal leakage, which allowed some so-called encephalopathic proteins into the blood stream, leading to the developmental delay or autism.

Q: Why have these findings been discredited?
A: Both studies involved fraudulent creation of data, misrepresentation of data, major ethical flaws including unwarranted invasive testing of children, and had serious methodological flaws. Prior to the studies, Dr. Wakefield had undeclared financial interests as a legal consultant to parents who believed that their children’s autism was due to vaccines, and also purportedly hoped to develop diagnostic tests that would have made him a fortune. In terms of misrepresentation of data, in the first study where children were recruited through parents who were making legal claims, three of the children had evidence of developmental delay prior to receiving the MMR vaccine, the results of intestinal biopsies were altered, children developed gastrointestinal symptoms after their autism and not before, and the testing was likely contaminated. There was no comparison group to look at rates of autism in children not receiving vaccine, a critical omission because children often present with autism around the time they receive the vaccine.

Numerous better studies and reviews have since been performed to assess the relationship between receipt of MMR and autism. All failed to support Dr. Wakefield’s manipulated results. Studies continue to show that the benefits of the MMR vaccine far outweigh any risks.

Q: As researchers, what can we take away from this case?
A: There should be no role for, or tolerance for, falsifying results or conducting flawed or unethical studies, to make them appear to fit some pre-existing beliefs or hypotheses. To do so is always dishonest, but most importantly, as in the situation of Dr. Wakefield, it can result in incalculable harm.

We should also always at least momentarily consider the possibility that peer-reviewed publications, even from well-respected journals, can be wrong. Clearly in the case of Dr. Wakefield’s studies the peer-review process was highly flawed.

Q: How has his research impacted vaccination levels and public health in countries where vaccination schedules were well established and routine for most children?
A: Following Dr. Wakefield’s 1998 article, vaccination rates fell, and there was a significant rise in cases of measles and mumps, leading to deaths or severe consequences. Measles outbreaks, and to a lesser extent mumps outbreaks, re-occurred in numerous countries that had previously had them under control. In many of these situations, the initial case(s) were imported, and then spread because of low levels of vaccine coverage.

There were numerous other impacts including distraction of the health care system and parents from real issues, needing to reassure parents and counter myths and lies, and in particular by diverting resources away from understanding the real factors causing or associated with autism.

Q: What should parents know about vaccinations?
A: Recommended vaccines all have benefits that outweigh the risks. There is no evidence that vaccines cause autism, overload the immune system, have harmful levels from mercury or cause infection. No vaccine is perfect, and very rarely there are severe reactions that are usually self-limited. There are systems in place to continually assess possible adverse reactions to vaccines. In the presence of underlying diseases in patients or family members certain vaccines are contra-indicated, and that should be discussed with the health care provider.

Vaccination remains a critical health care measure with direct and indirect benefits to individuals, and society. They are the most effective way to prevent infections for which no effective treatments are available and for some serious bacterial infections. Vaccinations can also reduce the progression to antimicrobial resistance by preventing infections which require treatment with antimicrobials in the first place. 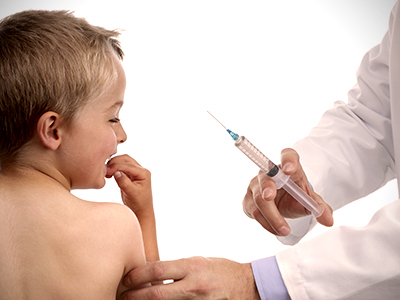 Dr. William Bowie has been at UBC and VGH since 1977, and is a Professor of Medicine in the Division of Infectious Diseases, in UBC Department of Medicine.