Outrunning disease: a new key to unlock the relationship between our genes and drugs

A breakthrough technology, now in the hands of Vancouver Coastal Health Research Institute scientists, is paving the way for rapid and effective drug discovery. Dr. Artem Cherkasov, a senior research scientist with the Vancouver Prostate Centre (VPC), and his colleagues are spearheading the integration of cryo-EM technology. After years of trying to harness the potential of the human genome, Cherkasov says cryo-EM will revolutionize drug discovery and development.

“When the human genome was mapped, there was great excitement that genetic knowledge would lead to an avalanche of new drug treatments,” explains Cherkasov. “It didn’t. There has been a bottleneck. We understood how genes work but we didn’t have a clear picture what happens at the next level—the level of proteins—where drug interaction has to occur. Now we do.”

“It’s an incredibly exciting time to be working in this field. We will look back on this time as one of the tectonic shifts in scientific practice.”

Cherkasov says cryo-electron microscopy, or cryo-EM imaging, will clear the bottleneck to understanding proteins and to advance development of drugs. Cryo-EM involves freezing proteins in liquid nitrogen and allows researchers to zoom in on these samples to capture their structures in intricate detail at the atomic level, and often in their natural state. They can then use the power of modern computers to create 3D models of these structures as a molecular blueprint for the downstream drug discovery process.  The cryo-EM technology is such a game changer that its inventors just won the Nobel Prize.

Cherkasov, who is also a full professor at UBC, says the university is at the forefront of this advance. In partnership with colleagues from the BC Cancer Agency, the ASTRID structural biology consortium within the Life Sciences Institute at UBC, and the Centre for Drug Research and Development, Cherkasov has just received $23 million in federal and provincial grants to fund the ADDUCT project (accelerated drug discovery using clinical translation) to enhance and fine-tune a drug development pipeline with cryo-EM technology at its core.

“We quickly mobilized to access cryo-EM for our drug discovery efforts and develop it further. VPC is leading the project, but the process and the breakthroughs will be available to, and benefit all, researchers.”

The ASTRID structural biology consortium, led by Dr. Natalie Strynadka with colleagues Dr. Calvin Yip and Dr. Lawrence McIntosh, has already installed a cryo-EM microscope, the first in Western Canada. The new grant will pay for a second microscope and allow Cherkasov and the ADDUCT team to set up what he calls a “protein factory” which will include additional computers, simulation software, specialized protein manufacturing machines and laboratory upgrades. The increased capacity will enable the pace of discovery to accelerate.

“Now, a researcher will be able to come to us with a potential target gene. Using this state of the art cryo-EM, along with x-ray crystallography and other technologies we can quickly identify its atomic structure and create a corresponding small molecule to match it. Our software can simulate the interaction between drug and protein and identify a drug candidate in a virtual reality. After that we create and test that drug in the real lab setting. All of this can now happen in a matter of days versus months or years. It’s quite revolutionary.”

Staying one step ahead of disease

The cryo-EM technology has already enabled researchers to get a better picture of the protein coating of viruses like the adenovirus, which causes the common cold. It’s a classic example of the challenge drug developers have faced until now. Viruses like the adenovirus and many cancers, mutate and adapt to drug intervention. They outrun the drug by becoming immune to it, leaving researchers to play catch-up.

“We can now begin to predict how our targets, such as cancer-driving or bacterial or viral proteins, will adapt to different drug interventions. We can forecast how they will change and then we can change too—we can play catch up in real time. It’s a complete paradigm shift.”

Cherkasov says the new “protein factory” will be up and running early next year. He is confident many drug discoveries will soon result and clinical trials will follow. 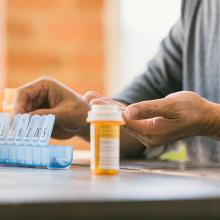 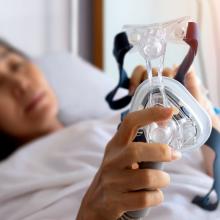 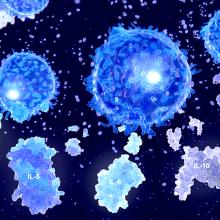 Rethinking research through the cytokine storm