If morals came in the form of a pill, would we use them?

People are nervous about the thought of bioenhancements to curb bullying.

With sexual harassment and bullying dominating headlines, many people may be wondering what interventions the public would support to prevent immoral and harmful behaviours. Answering this question is the subject of a recent study led by Vancouver Coastal Health Research Institute researcher Peter Reiner.

Reiner and colleagues designed an online survey that asked members of the public if they would, in one case, condone using a bioenhancement pill—one that would improve morality—to address the bullying behaviour of a child.

“There are few issues that are more contentious than moral bioenhancement.”

The hypothetical scenario presented to respondents is about a 13-year-old child who is bullying another student at school. In this scenario, the concern was that the child’s bullying behaviour would escalate should he or she not undertake an empathy-enhancing video game program or take a natural hormone oxytocin pill on a daily basis for four weeks. Both programs were said to be equally effective and safe.

“We wanted to make the issue as non-controversial as possible,” says Reiner. “Which is why we chose a behaviour that is generally condemned as morally reprehensible, but not illegal, and a pharmacological moral bioenhancement that was as innocuous as possible.”

Two hundred and ninety-three respondents received one of four surveys outlining different scenarios, involving either their hypothetical child as the bully or as being bullied. In one survey, respondents were asked if they would opt for their child to receive the pill intervention, in another, the bully to receive the pill intervention. Two other surveys put the video game program in place of the pill. All respondents were then asked to rate their support for such things as making the program mandatory and requiring participation of children at higher risk of becoming bullies, all children or even the entire population, including themselves.

The results were resoundingly in favour of non-biomedical moral enhancement interventions in all cases.

A possible reason for this, Reiner says, is that drugs were seen as a shortcut to achieving moral clarity, which is something that respondents may believe requires more time and work.

Reiner decided to explore this area of research to address other papers that equate bioenhancements with non-biological interventions in terms of the effect they have on the human brain.

Some arguments, Reiner notes, including those of Ingmar Persson and Julian Savulescu, have even raised the possibility of obligating the use of moral enhancements that have been deemed safe.

“This is a very contentious area of philosophy that borders on neuroscience.”

There is some evidence showing bioenhancements and psychological moral enhancement programs have similar biological and psychological effects and outcomes. However, Reiner believes the results of their study demonstrate that public support would likely be squarely behind non-pharmacological interventions.

“We found that, even if there was a push to use moral bioenhancements more broadly in the population, at minimum, democratic societies would need to have the consent of the population first,” Reiner says. “And we concluded that the population hated the idea of using drugs for moral enhancement.”

Their paper closes by suggesting that, from a public policy point of view, there would be little to no practicality of proposing the widespread use of moral bioenhancements. 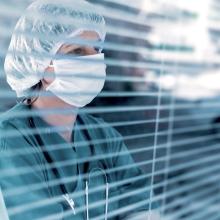 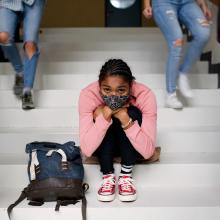 Ask an expert: How can we better support youth access to mental health services? 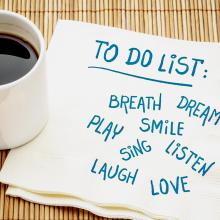 Ask an expert: How can I prioritize my health through self-care?