Wearables have revolutionized athletic training and may prove useful at predicting and preventing running-related injuries.

What arguably began with the Fitbit has evolved into a technological space where runners can choose from a variety of wearables to monitor training progress with every stride.

It is here — at the intersection of ease of use and reliability — that Dr. Chris Napier, a sports physiotherapist and principal investigator at the Vancouver Coastal Health Research Institute (VCHRI), is studying wearable technology.

In a study published in the Frontiers in Sports and Active Living, Napier seeks to establish criterion validity from two commercially available wearables. Secondary aims were to determine the effect of footwear, running speed and the location of the device on the runner’s body.

"Wearables allow us to track training runs longitudinally. We can track every training run and determine how different surfaces, footwear and environments affect each run and how it may end up in an injury.”

A PhD in sports physiotherapy and a runner himself, Napier began his research career investigating the biomechanics of running. He quickly realized the laboratory setting itself was a roadblock to the new learnings he hoped to reveal about the efficacy of wearable technology.

“My research focus has been on running, and runners like to go outside,” he says. “They like to run on trails, on roads and they do not like to come inside and run on treadmills.”

In 2020, with COVID-19 effectively shutting down most lab-based science, Napier was able to continue his research and expand data collection with runners who were all-too-happy to participate and test wearables outside of the laboratory environment. His hypothesis focused on whether data captured by wearables could be validated, repeated and — in the future — used to prescribe running programs that prevent injuries.

Healthy runners between the ages of 18 and 60 who were free from musculoskeletal and neurological pain were recruited from the running community. Participants underwent a lab-based running analysis to gather baseline data. Results from each runner, using each type of sensor, were compared against their outputs from a research grade, tibia-mounted sensor. This sensor, while accurate, is less practical and can be difficult for runners to keep firmly secured to their shin bone, impacting the quality of data output.

“We are now able to provide advice on how reliable these devices are and what they are actually measuring.”

“It is difficult to get a runner to strap on a tibia device in just the right place and have it stay put during a run,” says Napier. “But it is really easy for a runner to slip an insole-embedded sensor into their shoe or affix one to their running shoe.”

An accessible micro-lab for runners

While the gold standard for biomechanical measurement remains the traditional lab with its treadmills, motion capture equipment and 3D data collection wearables can provide biomechanical data that is almost as accurate and, importantly, easily accessible to all runners.

“We are learning how to use the data from wearables as a surrogate for some of the lab-generated measurements.”

Data provided by wearables could eventually result in accurate predictions of future injury due to longitudinal data capture that provides more detailed information than a single test in a laboratory.

“If a runner sustains an injury, we now assume it is because of the way they were running on the treadmill eight weeks ago in the lab,” says Napier. “It is a bit of a leap. It does not consider how the person’s running may have changed during that time.”

The future for wearables, according to Napier, is bright. Available to consumers at reasonable prices and with platforms that are increasingly able to interpret complex biomechanical data, the next step for researchers will be to connect wearable-derived data to injury prediction and prevention. 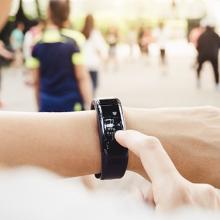 Ask an expert: Is there a downside to using wearable tech to track my health? 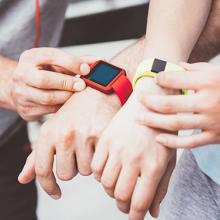 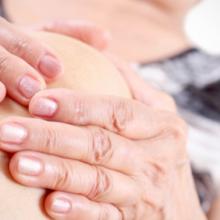 Moving from evidence to action to treat knee osteoarthritis