A connection between autism spectrum disorder (ASD) and early life antibiotic exposure has been found in some studies. However, research led by Vancouver Coastal Health Research Institute investigator, Dr. Gillian Hanley, found no relationship between the development of ASD among children born to mothers who took antibiotics during labour and delivery of their infant.

ASD is a brain-related condition that often displays as difficulties with social communication and interaction, along with learning and attention differences. It can also result in a person restricting their behaviour or enjoying repetitive tasks. While very heterogeneous, the condition can have a significant impact on a person’s ability to function independently.

“Because ASD patients often exhibit symptoms of gut dysfunction, there has been a longstanding interest in how medications that might affect bacteria that live in the gut, such as antibiotics, could also impact the brain of ASD patients,” says Hanley. “Since antibiotics are essential to the health of many pregnant mothers, our study investigated one leading concern about their use — including that antibiotics might predispose an unborn child to ASD.”

“It is our responsibility in the medical community to do this research and share it with our patients in support of knowledge acquisition and patient education.”

Hanley’s study — published in the journal Pediatrics — reviewed clinical information from 569,953 births from 366,152 birth parents in British Columbia between April 1, 2000 and December 31, 2014. With her team, Hanley also reviewed follow-up data until December 31, 2016, at which point children included in the study were a mean age of 8.7 years.

“This sizable data set has gold standard clinical data on ASD diagnoses, which enables researchers to more confidently rule out a potential precursor to the development of conditions such as ASD.”

However, after controlling for birth-parent sociodemographic and pregnancy-related conditions and risk factors, as well as labour, delivery and neonatal characteristics, the research team found no significant association between antibiotic use during labour and delivery and a diagnosis of ASD.

“We were very careful to control for such things as comorbidities and other factors that could make children more predisposed to develop ASD.”

Women from the study who received antibiotics during labour and delivery tended to be older, lived in urban areas and had higher blood pressure, diabetes and body mass index. Deliveries were more likely to be by caesarean section, involve an epidural and require labour induction. Infants also tended to have higher birth weights, stayed in the womb longer and were admitted to neonatal intensive care units to receive antibiotics.

The important role of antibiotics in labour and delivery

Around 40 per cent of women receive antibiotics during labour and delivery to treat fever or trauma to tissues, as well as for caesarean section care or to treat group B streptococcus (GBS) infections. Mostly a benign bacteria that commonly live in the gastrointestinal or genital tracts, around 25 per cent of pregnant women carry GBS in their bodies. While GBS is rarely passed from mother to child, it can be fatal in four to six per cent of cases when it is.

“We treat for this risk factor to prevent quite rare, but potentially highly negative outcomes,” says Hanley.

“The problem is that, in rare cases where babies contract GBS, they can be very, very sick and can die from sepsis caused by the bacteria.”

As a result, physicians recommend that a pregnant woman with GBS take antibiotics to prevent the small chance of severe complications in their newborn baby. Antibiotics can, however, change the microbiome of both a mother and her unborn child, the effects of which are not fully understood in medical science, explains Hanley.

More research is needed to delve deeper into the role of microbial changes in the gut as a result of antibiotic use, including investigating longer durations of antibiotic use throughout pregnancy, Hanley says. This, she adds, will likely continue to be an area of investigation in her research. “However, for now, women and clinicians should feel reassured that treating Group B Strep and other conditions with antibiotics during labour and delivery does not appear to increase a child’s risk for ASD.” 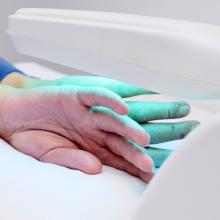 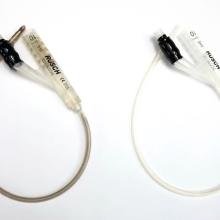