Rates of multiple sclerosis (MS) are typically higher in northern countries, where sunlight is in shorter supply. These rates have led researchers to consider increased sunlight exposure—particularly in the form of ultraviolet or UV-B rays—as a possible prevention for this autoimmune disease. But the specifics of this relationship remain poorly understood. A new research study by Vancouver Coastal Health Research Institute scientist Dr. Helen Tremlett provides more details about the sunlight-MS connection. Importantly, Tremlett’s study looks at different life stages and seasonal exposure in relationship to MS.

“It may matter which season and at which age your sun exposure occurs. For example, in the northern hemisphere, exposure to summer sun has a much stronger association with reduced risk of MS than exposure to winter sun.”

Tremlett says there has been an assumption that childhood sun exposure is the most significant association with lowered MS risk, but her study found that exposure later in life can be important too.

“We were able to look at sunlight exposure past the childhood years, which few studies have been able to do. While age 5-15 was an important time period, there was a ‘window of opportunity’ extending into adulthood. We found time periods in the years leading up to onset of MS were still associated with risk. It suggests we could potentially reduce MS risk into adulthood.”

Tremlett found higher ambient levels of UV-B—sunlight measured for a population not an individual—were associated with a 36% to 45% reduced risk of MS across a range of age groups. She cautions however that people should practice safe sun exposure and find a balance between enough healthy exposure and skin damage and the known risks of skin cancer.

When UV-B rays reach the skin, the skin produces vitamin D. That could be why summer sun has a stronger association with reduced MS risk, since more of our skin is exposed to UV-B rays.

“Sunlight may be giving us even more benefits than we currently understand. Our findings suggest that effects independent of vitamin D might be at play. It could be a mixture of sunlight itself influencing the immune system directly, in combination with vitamin D production, which is associated with lowered MS risk.”

MS patients in the shadows

Tremlett is keen to highlight that a second part of her study focused on what people did after they developed MS.  It found that they spend less time outdoors than other people and are exposed to less sun in both winter and summer as a result. This could be because people with MS are often less heat tolerant so they stay indoors more in the summer. They also have balance issues so they may avoid going outside in snowy and icy winter conditions.

“This has important implications for people with MS. They are not getting the benefits of sun and light exposure, which could affect melatonin release and impact their immune systems. This could potentially affect their overall health.”

Tremlett says further research is needed to make sure MS patients aren’t missing out on the benefits of being outdoors. However, it’s hard to conduct that kind of study since exposing people to higher levels of sunlight can be controversial given the skin cancer risks.

Overall, there is still a lot of work to be done to better understand sunlight exposure, vitamin D levels and connections to MS. While researchers report low vitamin D in MS patients, Tremlett says it often hasn’t been determined whether these levels were present before onset, or whether they result from staying indoors after a diagnosis.

“There is so much more we need to learn about this disease. The more we research, the more we realize we don’t know.”

For the time being, Tremlett encourages everyone to find ways of getting outdoors more often, for general mental health and physical well-being benefits.

The sun exposure and MS study is in the March 2018 issue of Neurology®, the medical journal of the American Academy of Neurology. 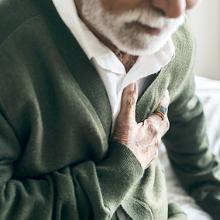 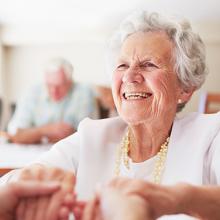 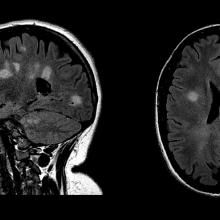