Going beyond breastfeeding as a health authority norm, to a social norm

Discussion borne out of qualitative research can change perspectives on breastfeeding.

A small qualitative study undertaken by Vancouver Coastal Health (VCH) dietetic interns is doing its part to support a global initiative aimed at increasing rates and duration of breastfeeding, as well as promoting mothers’ rights to breastfeed anywhere and at any time. 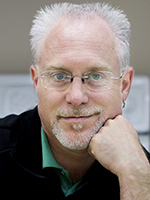 “The great thing about the BFI is that as health jurisdictions implement the structures necessary for accreditation, breastfeeding rates and, more critically, breastfeeding duration rates (or how long in a child’s life a mother breastfeeds), all improve,” explains Kasten, a VCH public health dietitian and member of the VCH BFI implementation committee.

“While breastfeeding is already a health authority norm, it’s not a social norm. My hope is that once it becomes a social norm, women will be able to breastfeed without discomfort, and without being called on it, everywhere, anywhere, all the time.”

For the project, Kasten intentionally chose semi-structured interviews as the study’s methods to engage with administrative staff. Administrative staff members significantly contribute to BFI implementation as they are involved in breastfeeding policy development, staff training, and record keeping. Reception staff in particular play an important role in making mothers feel welcome to breastfeed anytime and place, and their knowledge of available services ensures that families are directed to the correct programs to address concerns.

Through such research and discussion, Kasten hopes that apprehensive feelings about breastfeeding might change.

“By the very nature of qualitative research, we start talking about things that make people think differently and affect change.”

“That’s one of the great benefits of doing the qualitative research and talking to people and having that interaction – it gets them putting their thinking caps on,” he says. “I really like to fly that qualitative banner to show that there’s a whole variety of research taking place within VCH”.

The researchers found that in practice, all of the administrative staff supported the BFI and it was an active part of their day-to-day roles, however, there was not complete understanding of the accreditation process. 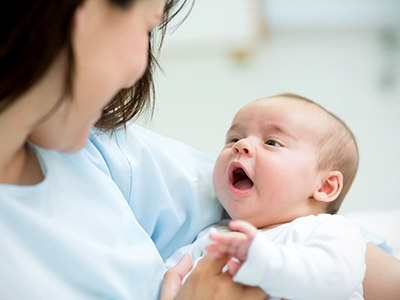 Through semi-structured interviews, the researchers found that each administrative staff person’s own experience with breastfeeding could either serve as an enhancer or barrier to implementation of the BFI through their administrative role. In other words, for some of the administrative female staff who did not have breastfeeding experience (because they were not mothers) implementing the BFI was not as pressing a concern as for women who had breastfed children.

Another barrier to uptake of the BFI was reflected in attitudes around older children being breastfed. While staff were comfortable seeing a mother feeding an infant, there was discomfort in seeing older infants and toddlers being breastfed, despite the WHO and Health Canada recommendation that children be breastfed to two years old and beyond.

While more research is needed, findings from the qualitative study can help influence how the BFI is rolled out across the entire health authority.

“Now we can ask staff in other regions questions like, ‘Do you feel well-informed about the accreditation program’ or ‘How do you feel when you see older kids breastfeeding’?” Kasten explains. “We can ask if these questions are pertinent to other groups elsewhere in VCH because they were pertinent to the group in our study.”

Kasten reports that VCH has very good initiation of breastfeeding – 96 per cent of mothers are breastfeeding when discharged from the hospital after childbirth but at six months the rate drops to 49 per cent1,2.

“We’re still the highest in Canada with 49 per cent at six months, which is the last point at which we have statistics,” Kasten adds. “But anything we can do to increase the proportion of people who are breastfeeding longer improves the health of babies and of mothers.”