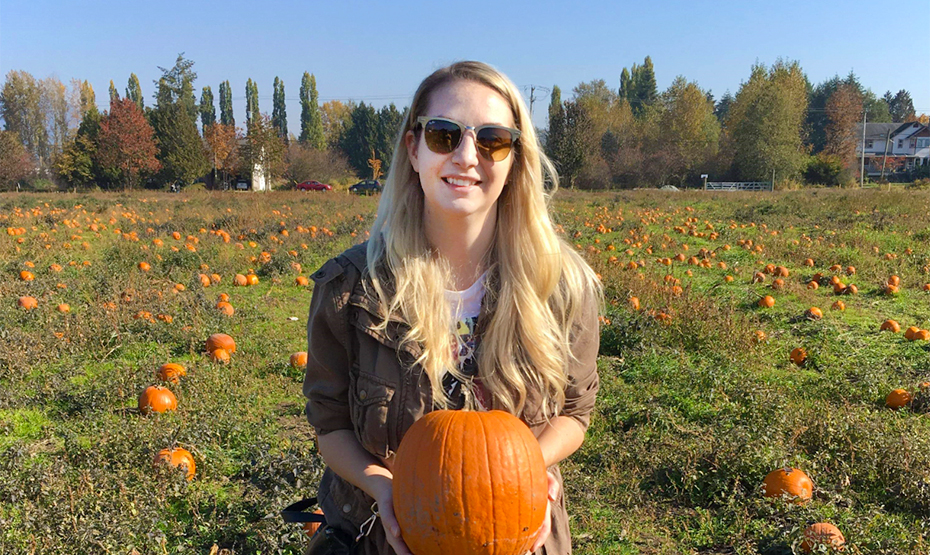 "I say yes to participate in research because it’s a small but meaningful way to contribute to a healthier society.”
– Ashley Racette, Vancouver

As someone who prides herself on her memory and ability to recollect obscure facts, 29-year-old Ashley Racette’s eyes were opened wide when she took part in a clinical trial that is examining a novel way to identify cognitive dysfunction.

“When I took part in the clinical trial, I thought about some of the impacts of Alzheimer’s disease and dementia, like forgetting names and faces or important events and memories,” recalls Racette, who is a communications specialist with Vancouver Coastal Health Research Institute (VCHRI).

“Participating in the clinical trial made me feel more empathetic about how difficult it would be to not be able to rely on your memory.”

Racette is part of a control group of healthy volunteers who are participating in a clinical trial led by VCHRI investigator, Dr. Thalia Field. Participants are guided through written, physical and computer assessments that include tracking their eye movements and analyzing their speech using artificial intelligence (AI) software.

The research team will later compare data from the control group against that of a group of participants with mild cognitive impairment and early-stage Alzheimer’s disease in an effort to find patterns that could be used to detect cognitive changes earlier.

The results of the study—which received a 2019 Innovation and Translational Research Award—could lead to new digital biomarkers, or disease indicators. These digital biomarkers could help identify individuals with subtle cognitive dysfunction and with monitoring disease progression. They could also assist researchers in their pursuit of new medications, treatments and preventative measures for people with or at risk of cognitive dysfunction, dementia and Alzheimer’s.

Curbing a disease on the rise

Dementia is an umbrella term that refers to brain disorders that affect things like a person’s memory, decision-making and ability to perform day-to-day tasks. An estimated 564,000 Canadians were living with dementia in 2016, according to an Alzheimer’s Society Canada report. With an aging Canadian population, the report estimates this number could increase to 937,000 by 2031, and that women will account for 63 per cent of those affected.

Alzheimer’s disease is caused by the degeneration of brain cells and is the most common form of dementia. There is currently no cure, however early detection and treatment with certain medications can slow the progression of symptoms.

“Even if you can delay the onset of Alzheimer’s by a couple of years, you could likely save the health care system several billion dollars,” notes Field. The disease leads to lost productivity for both patients and their caregivers, she adds, and has “direct care costs in terms of hospitalization and long-term care.”

“For patients and their families, the benefit of slowing or stopping the progression of Alzheimer’s is priceless.”

Field and her research team aim to recruit a total of 500 participants. The 250 healthy volunteers without cognitive dysfunction, like Racette, contribute to the baseline comparative data researchers need for this type of study. This data could also one day help people like the 250 other participants who have mild cognitive impairment or Alzheimer’s.

For Racette, participating in the trial was a breeze. “The whole thing took less than an hour and the research assistant who worked with me was incredibly capable and kind.”

Racette notes that this was not the first research study she participated in as a healthy control, and it will not be her last.

This clinical trial is still recruiting participants. Contact Tom Soroski at 604-822-0768 or tom.soroski@ubc.ca for more information.