Maple Ridge resident Rina Varley distinctly remembers the powerful feeling of relief that washed over her after talking to a psychiatric genetic counsellor from the Psychiatric Genetic Counselling Clinic about her generalized anxiety disorder (GAD) for the first time.

“I’d always wondered if trauma that I’d experienced earlier in my life had caused my GAD. Emily (the psychiatric genetic counsellor) let me know that while trauma can exacerbate GAD, it certainly doesn’t cause mental illness,” says Varley. 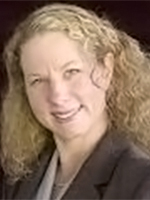 “People always have some sort of explanation for the cause of their illness – when a bad thing happens to us we need to know why. So if we’re not provided with a very good explanation, we generate one for ourselves based on our own experience,” says Dr. Austin, who is also an associate professor at the University of British Columbia Departments of Psychiatry and Medical Genetics.

“In the context of psychiatric illness, unfortunately, those explanations that we come up with often involve us feeling very guilty and ashamed.” 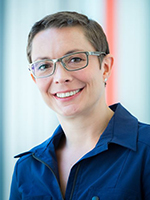 Psychiatric genetic counsellors are specially trained to help people better understand what the research says about the causes of their or their loved ones’ mental illness. The counselling aims to help people in that context to understand what options they have, what testing might be available to them, if there are things they might be able to do to reduce their risk of developing illness in their family, etc. The service also helps individuals with all of the related emotional issues.

“A parent of a person with schizophrenia will often feel as though it’s their fault that their child has developed this problem, or that they could have done something to prevent it. Or the person with schizophrenia will think that they caused it themselves somehow,” says Dr. Austin. “Through counselling we’re really helping people to work through those issues and to help them leave feeling more empowered.”

In their paper, “Evaluating a unique, specialist psychiatric genetic counseling clinic: uptake and impact”, published in Clinical Genetics in 2014, Dr. Austin and her team evaluated the impact that their clinic is having on people with mental illness. The researchers sought to find what happened to people that had been referred to the clinic in terms of the effects and outcomes the counselling had led to over time.

Their findings showed that one month after receiving psychiatric genetic counselling in the clinic, people had significantly higher levels of empowerment and self-efficacy in which they felt that there was more that they could do to manage their health problem.

“What was exciting to me was the magnitude of the difference we were making. It wasn’t that there was a tiny effect – the effect we were having is actually quite big, particularly in terms of empowerment,” explains Dr. Austin. “The difference we’re making seems to be clinically significant in addition to being statistically significant.”

Moving forward, Dr. Austin hopes to see more people referred to psychiatric genetic counsellors not only because of the difference it makes in people’s lives, but also because of the support that their service offers to family doctors and caregivers. People do not require a personal diagnosis to access the service although a referral from their health care provider is preferred and can be done through the clinic’s website. 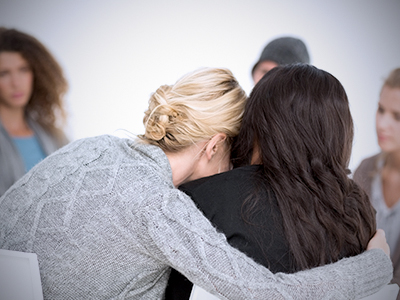 “Psychiatric genetic counsellors can support physicians in the messages that they’re providing to the families they take care of in terms of helping the family understand and accept what caused their illness. This is also often very helpful to people who might be struggling with treatment adherence, for example, because they may feel that all they need to do is try harder because it was their own fault that they got sick,” Dr. Austin explains. “Sometimes when people understand in a very personal way that there’s actually a genetic vulnerability going on there – a biological piece to the puzzle, then a biological treatment makes more sense to them.”

For Varley, understanding the biology behind her GAD was meaningful and impactful.

“Learning that there are possible causes of GAD from a science-based perspective lent a different credence to my experience,” she says. “Speaking with a genetic counsellor changed my life – allowing me to release that guilt and shame. If you live with a mental illness or disorder, this key is profoundly powerful.”