Researchers are investigating whether a multi-strain probiotic could relieve symptoms of anxiety experienced by many people with the condition.

A progressive nervous system disorder that over 100,000 Canadians live with, Parkinson’s often causes muscle rigidity linked to reduced dopamine levels, along with tremors or slowed movements.

Dopamine replacement therapy can help relieve symptoms of anxiety and stiffness among some patients, but existing treatments take a while to kick in, and often wear off within a few hours.

“Anxiety has a huge impact on quality of life, and there are currently few trials examining it among Parkinson’s patients.”

“Patients may worry excessively about everyday activities such as being late for an appointment and what could happen on the way to that appointment,” says Appel-Cresswell.

“There is also a connection between mood and how people with Parkinson’s move and think. Anxiety can lead to more shaking or stiffness, which drives a vicious cycle of more anxiety and more shaking or freezing.”

For her randomized, triple-blind and placebo-controlled clinical trial, “Treating Anxiety in Parkinson's Disease with a Multi-Strain Probiotic (TAP),” Appel-Cresswell is recruiting adults with Parkinson’s ages 40-80 to investigate the effectiveness of the Ecologic® BARRIER849 probiotic as an anxiety reduction treatment.

The over-the-counter probiotic—not currently available in Canadian stores—contains a mixture of live bacterial cultures targeted towards promoting a healthy gut flora, which the research team believes may set off a chain reaction that stops the anxiety cycle.

New treatment would target the microbiome of Parkinson’s patients

The guts of Parkinson’s patients often face a variety of challenges, says Appel-Cresswell. Constipation is a very early and very widespread symptom. Their gut’s microbiome—the microorganisms, such as bacteria, fungi, viruses and protozoa, that live in the digestive tract—are also more likely to drive inflammation.

This inflammation causes damage to the gut barrier—composed of mucosal membrane and other protective cells—allowing bacteria and toxins to escape, Appel-Cresswell explains.

“Parkinson’s patients can experience leaky gut problems in which toxins produced by microbes seep through the gut lining and into the bloodstream.”

Bacterial strains contained within the Ecologic® BARRIER probiotic have been found to improve gut barrier function and mood, possibly due to its rebalancing of gut flora and promotion of healthy gut bacteria, says Appel-Cresswell.

To test whether or not this is true for Parkinson’s patients, participants in Appel-Cresswell’s study will complete a variety of motor function, cognition and neuropsychiatric tests before and after a 12-week trial of one sachet twice daily probiotic or placebo powder. Results will be evaluated for changes in participants’ anxiety levels, motor function, levels of fatigue, depression and microbiome composition.

“There is quite a bit of evidence in the field of anxiety and depression research pointing to the benefits of probiotics,” says Appel-Cresswell. “As such, we anticipate that participants in the probiotics group will likely see a reduction in anxiety symptoms and improved overall quality of life.”

If borne out in evidence, probiotics may become a recommended part of Parkinson’s patients’ treatment program, says Appel-Cresswell.

“Adding a probiotic to someone’s diet is something that we can do very easily. Based on studies up to now, it is also likely a low-risk intervention.”

To learn more about the TAP study, contact coordinator Petra Uzelman at 604-827-0576 or petra.uzelman@ubc.ca. 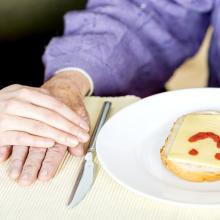 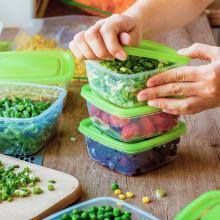 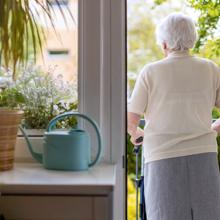