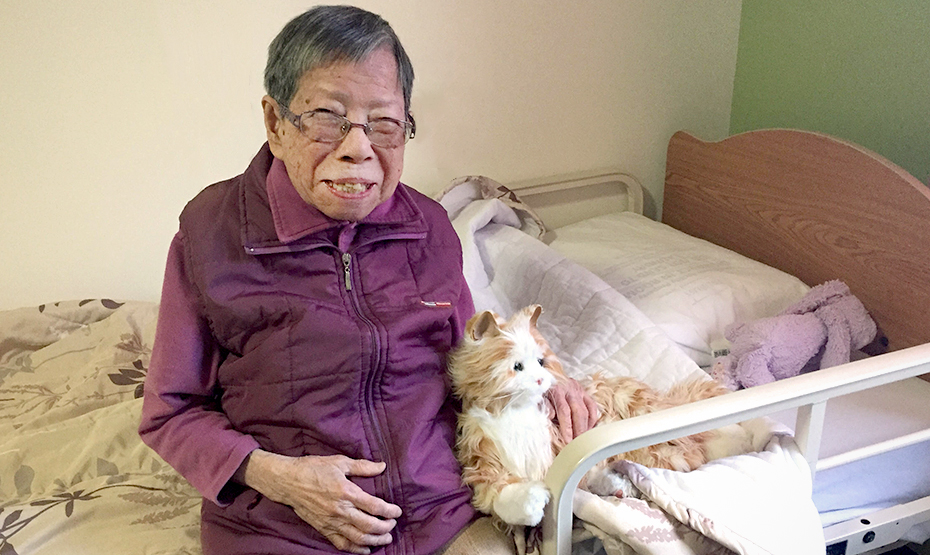 "I say yes to participate in research because I’ve seen firsthand how much it helped my mother and I hope it can help other seniors in the future.”
– Ting Cheung, Vancouver

Yuet Sheung Wan loves being around people. The 93-year-old moved to Vancouver from Hong Kong a quarter of a century ago. Soon after, she began volunteering at her local community centre to help other seniors. Then, three years ago, her daughter, Ting Cheung, noticed that her mother was becoming forgetful.

Wan was making mistakes doing basic tasks while volunteering at the Ray-Cam Co-operative Centre in Vancouver. She bought the wrong ingredients for meals she had prepared for her daughter and grandchildren for years—another one of Wan’s cherished pastimes.

“At first we didn’t understand why she was forgetting things,” recalls Cheung, who is now 65 years old. “We thought it was strange when she started to buy different things.”

Then Wan, who had been living independently in her Vancouver home, fell off her bed and needed to be taken to the hospital.

After her fall, Wan was taken to the Short Term Assessment and Treatment (STAT) Centre at Vancouver General Hospital for further evaluation and observation. Doctors there told Cheung that her mother had dementia, which alters cells in the brain and causes memory loss and difficulty thinking, problem solving and communicating.

While Cheung was happy that her mother was getting the help she needed at STAT, she also worried about her being separated from her routine, friends and family.

Luckily, Wan’s arrival at STAT coincided with a research study that introduced Hasbro Joy For All robotic pets to patients. Wan was a shoe-in given her affectionate and social nature, and the fact that she had lived with pets before.

“Since dad passed away, mom told us that the cat is like a partner,” says Cheung. “She said it helps to make her feel comfortable.”

Eight patients at STAT were paired with robotic cats and dogs for the study, which was launched in April 2019 and completed in August that same year. All patients had varying stages of dementia and experienced symptoms of anxiety and/or agitation, loneliness and depression, notes Madison Huggins who co-led the study.

Research studies have found that robotic animals can provide social, psychological and physiological benefits to people with dementia, explains Huggins. The mechanical companions can stimulate social connections, which, in turn, can reduce cognitive decline, psychological distress and feelings of loneliness and depression. They are also safer for people with dementia who may be unable to care for a real pet.

“We found that these animals sparked conversations among patients that otherwise did not occur in their regular programming or routine at STAT,” says Huggins. “Often, patients who were mostly very quiet would start talking very enthusiastically to staff and other patients, laughing and expressing love towards the robotic animals while with them.”

Robotic pets as an alternative to meds

Projections from the National Institutes of Health show that the global population of adults aged 65 and older will rise from 8.5 per cent in 2016 to nearly 17 per cent by 2050. At present, over half a million Canadians are living with dementia, according to the Alzheimer Society of Canada. By 2031, that statistic is expected to rise to almost 1 million individuals.

“Not only are robotic pets good company for patients with dementia, they also have the potential to reduce the amount of medication given for reactive behaviours,” says Dr. Jay Slater, a Vancouver Coastal Health Research Institute researcher and study co-lead. “Their presence could also reduce associated nursing time and risks of falls related to side effects from some medications,” he adds.

Wan was able to take "mao mao," which means cat in Cantonese, home with her after she was discharged from her month-long stay at STAT. She continues to spend a lot of time with her furry companion at the nursing home where she now lives.

“I think the cat has been really good for her,” says Cheung. “I can see how it has helped her a lot.”