Ask An Expert: What does it mean for road safety now that marijuana will be legalized?

Q: If marijuana is legalized does that mean it’s safe to drive after using it?
A: No, just because it’s legal doesn’t mean you can drive after using. It is illegal to drive if you are impaired by any drug. That includes cannabis and also other prescription medications that can cause impairment. Even if someone is using marijuana for medical reasons, they may be considered legally impaired, just as they would be if they took prescription drugs like opiates or sleeping pills or even some over-the-counter antihistamines.

Q: How does marijuana affect someone’s ability to drive?
A: Marijuana affects motor ability—reaction times are slower so people can’t respond quickly enough to a dangerous situation. Drivers who have used cannabis may have trouble staying in their lane and tend to weave. The ability to maintain a consistent speed is also impaired and they tend to slow down and speed up erratically. Marijuana also makes for a more easily distracted driver.

Q: How long should a person wait to drive after using marijuana?
A: I think a safe approach is that if you feel any effects at all you shouldn’t be driving. After you’ve smoked a joint you should probably wait about four hours, it should have passed out of your system by that point.  However if you’re eating it—taking an edible—the effects are delayed and they last longer. In that case you should wait at least eight hours before you drive. Even if you feel okay to drive sooner, your ability to assess your own impairment level is itself impaired whether you are high or drunk. We regularly see people involved in accidents who felt they were fine to drive.

Q: How will police know if a driver is too high to drive?
A: It’s a tough issue for law enforcement because under current laws there is no simple roadside testing for drugs as there is for alcohol. So for police to charge a driver with drug impaired driving has been a complicated process that starts with a roadside sobriety test. If a driver fails the roadside sobriety test, police can call in a specially trained police officer known as a drug recognition expert who gathers further evidence of impairment.

But the federal government has just announced laws that will give police new powers to administer a saliva test for THC at the roadside if drug impairment is suspected. If the saliva test indicates that the driver was using cannabis, police may call in a drug recognition expert or obtain a blood test. There will also be three new impaired-driving offences, with significant fines and penalties, for drivers with elevated levels of THC, alone or in combination with alcohol, in their blood. THC, of course is the active ingredient in cannabis.

These new laws are a definite improvement over the current system. Once enacted, police will have a far more efficient and objective process for detecting drivers who have used cannabis and for charging those who are above the new legal limit. A legitimate concern with the new laws is that many cannabis users will not be significantly impaired at the THC levels set out in the new laws. In fact some regular users may “always have” THC levels above 2 ng/mL, the level at which fines kick in.

Q: Should I be worried that more people will be driving impaired once marijuana is legalized?
A: That will depend on whether enforcement is increased and how effective public education on the risks of drug driving is. But chances are good that the rate of cannabis use will increase. That has been the experience of states that legalized marijuana. On the other hand there is the possibility that the rate will decrease if the new drug driving laws are effective. 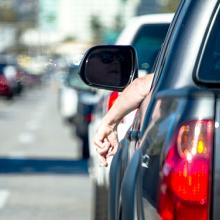 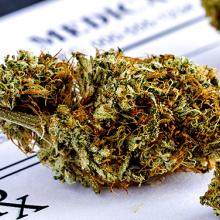