Listening to the silent pain of endometriosis

Genetics of endometriosis may guide the way to better treatment.

Endometriosis— a condition in which tissue that normally lines the uterus grows in other parts of the body—affects ten per cent of Canadian women of reproductive age and is associated with pain and infertility. That’s approximately a million Canadians. But endometriosis can go undiagnosed for years, while its debilitating symptoms cost $2 billion annually in lost productivity and health care expenses.

“Endometriosis is one of the so-called silent health issues because the pain symptoms can be very personal, such as pain with sexual activity. But we are now talking more openly about these symptoms which is important.”

Yong says in the past, women with painful menstrual cramps —a common symptom of endometriosis—were sometimes told the pain was just a normal part of women’s life. “We are realizing that moderate to severe pain is not normal. If a teenager is missing school or sporting activities because of menstrual pain, there is a strong association with endometriosis. And if painful periods go untreated, that individual is at risk to have chronic pelvic pain in the future."

"Early diagnosis and treatment is very important.” Yong says other endometriosis symptoms, such as painful bowel movements and pain during sexual intercourse, should always be brought to a doctor’s attention.

A formal diagnosis of endometriosis requires laparoscopic surgery, but can be clinically suspected with a good history, an experienced examiner, and specialized imaging. Typically, women wait about seven years for a diagnosis. Yong and his colleagues want to shorten that time frame and improve treatment.

As researchers uncover the complexity of endometriosis, they are finding it implicated in a range of other conditions. Endometriosis is a known cause of infertility and now there are links between endometriosis and coronary heart disease, autoimmune disease, as well as two sub-types of ovarian cancer. Endometriosis also predisposes women to myofascial and musculoskeletal pain, and central nervous system sensitization leading to chronic pain.

Genetics may guide the way to better treatment

In collaboration with OVCARE, particularly with Dr. Michael Anglesio and Dr. David Huntsman, Yong and colleagues have also been hard at work building genomic profiles of the sub-types of endometriosis, with research grants and access to the state-of-the-art gynaecological tissue bank at Vancouver General Hospital (VGH).

“We are especially interested in a sub-type called deep infiltrating endometriosis which is locally invasive and requires the most complex surgeries. While this type of endometriosis is benign, we’ve found that a third of these cases have gene mutations also seen in different cancers.” Yong’s team is trying to determine the patterns of those mutations and correlate them to the way the disease presents.

The complex surgeries for this invasive sub-type require collaboration with specialist surgeons at VGH and UBC Hospital.  Yong says it is particularly challenging because in these cases, endometrial tissue can grow on the colon, the abdominal wall, the bladder and ureter, and sometimes even the diaphragm and chest cavity. Unlike endometrial tissue in the uterus, tissue growing elsewhere does not leave the body during menstruation. At the end of each surgery, tissue samples are banked and linked to a patient registry containing detailed clinical data.

Yong says identifying genomic patterns in endometriosis could improve the surgical staging system for women with the disorder. Half of women who undergo endometriosis surgeries face reoperation within five years. Currently there is little data on which women or which types of endometriosis are likely to have recurrence.

Yong and his colleagues have received funding to pursue the genomic research for another four years. In the meantime he urges women not to suffer in silence; and to seek help if they experience symptoms like chronic pelvic pain and moderate to severe menstrual cramps, both of which are strong markers for endometriosis.

Meet Yong and other health researchers at VCH to learn more about women’s reproductive and sexual health issues on June 25 at the Vancity Theatre. Register online. 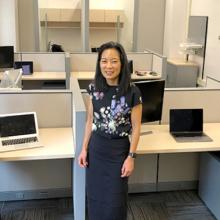 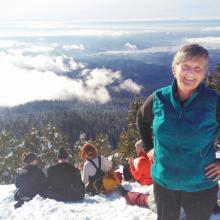