An innovative approach to diabetes prevention for the at-risk South Asian community is showing early success. Project Bhangra, which targets school-aged children, was created by Vancouver Coastal Health Research Institute scientist Dr. Tricia Tang and her colleagues. Implemented last year, the project provides free after-school Bhangra dance lessons to children in four elementary schools in Surrey and Delta. As a diabetes researcher who spent most of her career focusing on older adults, Tang decided to shift direction. “It’s really hard to get someone who is over 65 to change their lifestyle habits. I thought, let’s move to the beginning of the developmental spectrum.”

Tang says people of South Asian background are twice as likely to develop type 2 diabetes than the general population. She and her team wanted an exercise that South Asian kids would connect with and be excited about. Bhangra turned out to be a perfect choice. A cardio-intensive folk dance and music that originated in the Punjabi region of India in the late 1800’s, Bhangra is now popularized by Bollywood in mainstream culture. And, it appeals to both boys and girls.

Tang and her colleagues also wanted to make sure the program was sustainable. “Many programs like this discontinue when the research study is completed.  We tried to design an infrastructure that would continue long after our study ends.”

With that in mind, project coordinator Parteek Johal, doctoral student Bushra Mahmood, master’s student Rehal Jessa and undergrad students Pravnit Kooner, Simran Gill, Yasmin Banga, Ayman Azhar, and Inderpreet Basra are recruiting local high school students to teach the Bhangra classes. Basra says so far, it’s a win-win—while the kids get a free extra-curricular activity, the older students use their teaching time towards their volunteer hour requirements. “The student teachers did a great job, and we’ve had a lot of requests from parents and principals to keep the program going.” Tang hopes the elementary school kids will later become the next generation of Project Bhangra instructors and build an ongoing tradition.

And what did the kids think? They give Project Bhangra rave reviews. Here are two examples of their feedback:

Because Bhangra was familiar to many kids, the program was very popular and achieved good attendance, with 172 kids taking part in twice-weekly sessions. The team also found setting a goal was a great motivator. Kids from one of the schools prepared a dance routine and performed at a South Asian Healthy banquet hosted by the Cities Changing Diabetes partnership programme.

“They were so excited to perform,” says undergrad student Pravnit. “It was wonderful to see how much they cared about it.” Going forward, Tang says performance will be an integral part of Project Bhangra. One of the principals also suggested elementary schools form Bhangra teams to compete against one another, something that exists at the high school level.

While it clear the kids enjoy the Bhangra classes, researchers wanted to investigate if the intervention made a quantifiable difference in diabetes-related health outcomes.

To answer that, Tang and her colleagues measured several fitness indicators before and after the seven-month program: waist circumference, cardiorespiratory fitness (tested with shuttle runs) and musculoskeletal fitness (tested with vertical jumps). “We found improvements across all these endpoints,” Tang reports. “It really was a resounding success.” The kids improved their endurance, were able to jump higher and could run for longer periods of time. There was also a reduction in waist circumference.

"We know that if you’re active as a child, you’re more likely to be active as an adult. If we can get kids excited about exercise at a young age, then they’re going to feel this way well into adulthood."

Tang is optimistic the program will expand to more schools across Surrey and Delta, and beyond. She says that her research team could even use this intervention in Richmond, with the Chinese community—which is also at higher risk for developing diabetes—by considering similar programs using C-pop dance, a Chinese version of the popular Korean dance K-pop.

While exercise is essential for a healthy lifestyle, it’s just one important part of diabetes prevention. To build on the success of Project Bhangra, Tang’s team is now embarking on a cooking program for Grade 3 South Asian kids and their parents, to teach families how to make healthier versions of traditional meals, practice portion control, select more nutritious food options, and adopt healthier cooking techniques (funded by Sun-Life Financial). 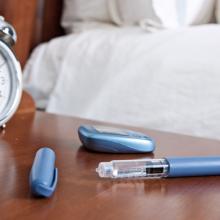 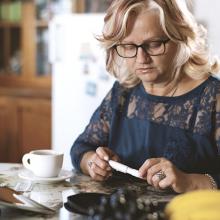 Ask an expert: I have type 2 diabetes and want to manage it better. How do I get started? 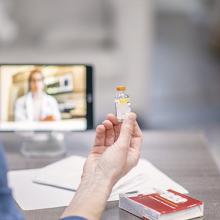