Traditional ski and snowboard helmets are effective against fractures, but fall short of protecting wearers from one of the most common head injuries.

Concussions are a leading injury associated with skiing and snowboarding, yet most helmets are not designed to prevent them. Research led by Vancouver Coastal Health Research Institute (VCHRI) researcher, Dr. Peter Cripton, could bring about a game-changing re-evaluation of how snow sport helmets are tested and designed.

“A main focus of our study is to establish new testing standards that mimic real-world scenarios,” says Cripton. “This can inform the design of a helmet that protects the wearer from a concussion, along with other traumatic head injuries.”

“Anyone who skis or snowboards is vulnerable to traumatic head injuries, making it imperative to have the safest, most effective sport-specific helmet.”

They found that concussion—a brain injury caused by a sudden impact and the quick back-and-forth movement of the head—was the most commonly diagnosed head injury, representing 62.7 per cent of all head injuries. Headache and scalp injuries (8.4 per cent) were the second most common head injury type, followed by brain stem, cerebellum and cerebrum injuries (5.2 per cent all together).

“Ski and snowboard head injury patients were no less likely to experience a concussion when wearing a helmet.”

While skiers and snowboarders who wore helmets were almost half as likely to experience a severe head injury, such as a skull fracture, they were just as prone to suffering a concussion as non-helmet users.

This finding, says Cripton, points to a need for more nuanced safety standards and the development of helmets designed specifically to protect individuals from a concussion.

A need to re-evaluate helmet safety standards and design

The Canadian Standards Association established the first ski and snowboard helmet standard in Canada in 2009. All snow sport helmets adhere to the same standard, which usually involves dropping a test helmet from a height onto a metal plate. This testing is very different from what would occur with an impact against snow, notes Cripton.

For their research, Cripton and his team examined X-rays and CT scans, along with the medical reports and notes of surgeons, coroners, paramedics and ski patrollers, to infer how a ski or snowboard head injury occurred. The six years of data they reviewed showed not only the complexity and variance of injuries, but also revealed patterns unique to each sport.

“In snowboarding, we tend to see more falls associated with a back edge trip,” says Cripton. This suggests the head injury mechanisms in snowboarding could be different than skiing.

“Current test standards for helmets used in snow sports are for one type of impact, and do not include impacts at varying speeds and angles, or that involve body rotation.”

The potential for a concussion is related to the magnitude of the acceleration of the head before it contacts with another object. This ranges between 50 and 100 times the acceleration due to gravity, Cripton explains.

Another contributing factor to the occurrence and severity of concussion is when an oblique impact causes a rotation of the head. Cripton found that head rotation seemed to play a key role in the prevalence of concussion.

“Our study shows that using a single impact scenario for testing standards is not sufficient to account for the complexity of falls seen in snow sports.”

Cripton believes their results will initiate further research into ski and snowboard helmet testing standards, and could prompt a new line of helmets specifically designed to protect wearers from concussions, along with other head injuries.

“Moving forward, we need improved helmets and testing standards that account for how effectively a helmet reduces head acceleration and rotation, along with impacts to the back of the head.” 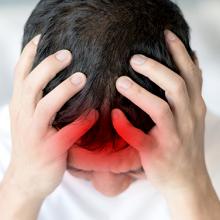 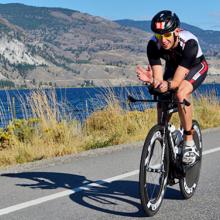 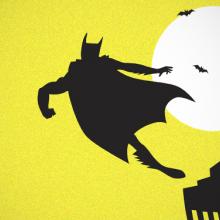