As athletes from around the world converge in Rio for the 2016 Summer Olympic Games, a Vancouver Coastal Health Research Institute scientist will be there to make sure they play safe and play fair. Dr. Babak Shadgan will oversee medical care for more than 300 Olympic wrestlers. Wrestling was a keystone event in the Ancient Olympics and still holds a special place in the modern games. But these days, wrestlers compete in an arena where tiny training modifications can make the difference between getting gold or going home. Dr. Shadgan says wrestlers, like most Olympic athletes, are under immense pressure to perform, and sometimes that pressure results in taking risks with their health. One risk he is concerned about is the phenomenon of Rapid Weight Loss (RWL). 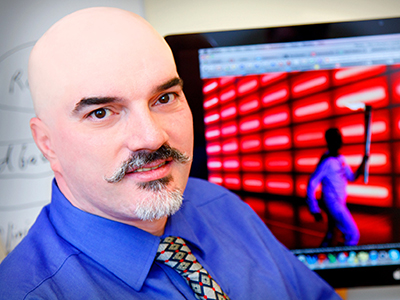 “In a sport like wrestling there are up to eight weight categories. Athletes will try to lose weight last minute to gain entry into a lower weight class and maybe have an advantage. But the practice, and the extreme methods create significant health dangers.”

In a recent research paper, Dr. Shadgan and his co-authors describe some of those extreme RWL measures, which mostly focus on getting water out of the body. They include crash diets, voluntary dehydration, repeated saunas, rubber suits to induce sweating, laxatives and vomiting. Dr. Shadgan says some athletes even chew gum to increase salivation then spit out the saliva right before weigh-in, or shave beards and body hair in attempt to meet strict weight categories.

“I’ve seen it all. I’ve seen athletes lose up to 8kg in one or two days. It’s very dangerous. They are burning everything in their body – fats, proteins, muscles, everything.”

Twenty years ago, three American wrestlers died suddenly after rapidly losing weight for competition. Dr. Shadgan says awareness and education have improved since then, but RWL is still a common practice. And it’s much harder to catch than doping. Dr. Shadgan says beyond the short-term health risks from dehydration – such as heat stroke and collapse – there may be longer-term damage. No comprehensive studies have been done on long-term effects but Dr. Shadgan suspects muscle rupture and performance problems may occur down the road. While in Rio he will do his part to persuade athletes it’s just not worth the risk. He and his colleagues will also discuss ways to cut down on the practice. “We’re looking into things like staggering weigh-ins. Having a weigh-in days before the competition as well as right before could cut down on RWL.”

Zika and the risk to Canadians

Dr. Shadgan, who recently published recommendations on mosquito-safe clothing, will also advise athletes on protecting themselves from the Zika virus. He worries some spectators and athletes may bring the virus back to Canada. “Eighty percent of people affected show no symptoms. Potentially they could come back to mosquito season in Canada, get bitten here and then infect someone else.” Dr. Shadgan is advising that all participants continue to protect against mosquito bites for 2 weeks after returning home. 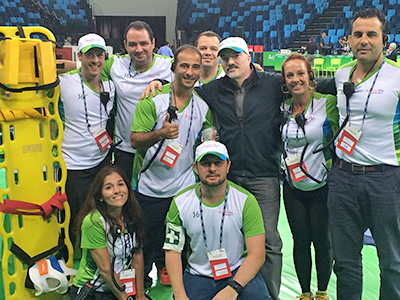 But despite Zika, and all the other concerns about Rio, Dr. Shadgan says he will still appreciate this amazing opportunity. Originally from Iran, where wrestling is a traditional sport, Dr. Shadgan has a special fondness for the sport. “It’s a beautiful, disciplined sport and in fact has fewer injuries than even swimming and basketball. I’m so proud to represent UBC as one of only 28 Medical Directors at this prestigious event.” 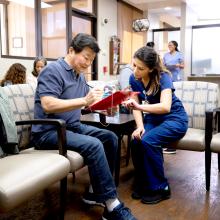 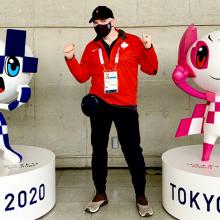 Wrestling with a pandemic at the Tokyo Olympics 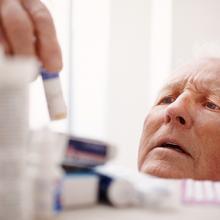 Health literacy in the pharmacy could curb trips to emergency