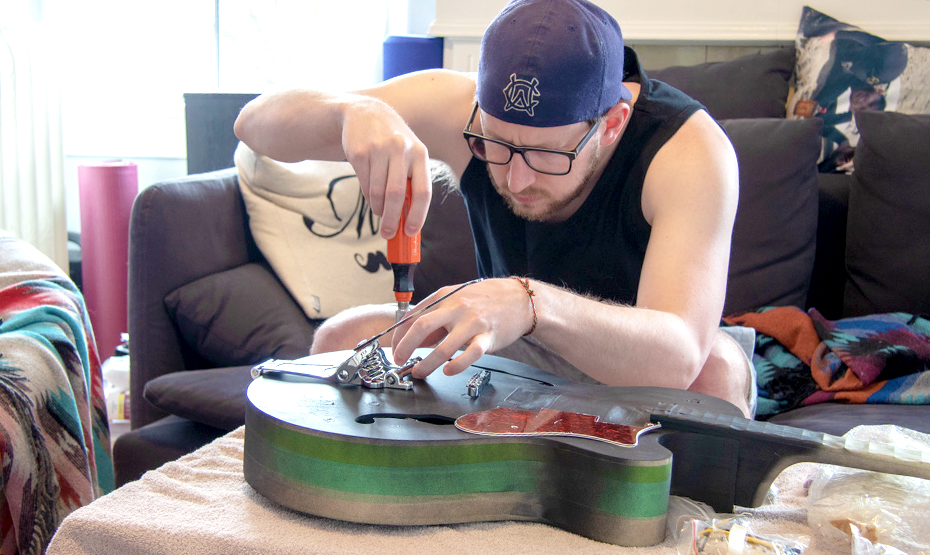 "I say yes to participate in research because I feel that if I have the ability to help someone, I also have the obligation.”
– Marc Saunders, Vancouver

Imagine waking up one day to find you cannot hear out of one ear. This is the frightening reality for patients with sudden sensorineural hearing loss, also called sudden deafness, a rare condition that affects as many as 20 out of every 100,000 adults.

“We often refer to sudden deafness by its defining features because we are still unclear about its causes.”

As its name suggests, sudden deafness causes a rapid loss of hearing—usually in one ear and within 72 hours—and affects three of the tones or frequencies the human ear can hear, which often includes the tones made by the human voice. If caught early, 60-65 per cent of patients will recover part or all of their hearing. However, many patients are left with permanent hearing loss.

Nunez and fellow researchers have launched a clinical trial in hopes of uncovering whether there might be an association between the presence of microRNAs and sudden deafness.

MicroRNAs are small ribonucleic acids, the controllers of what DNA does in our bodies. Researchers have identified certain types of microRNAs in patients with sudden deafness, but need more evidence to prove whether or not they are behind the onset of the condition.

To accomplish this, they have enlisted the help of volunteer participants, including Marc Saunders, VCHRI’s own clinical research and community outreach coordinator.

“Our initial findings already show a difference in the microRNA profile found in healthy and sudden deafness-affected participants,” says Nunez. “But, we still need to do more work to better understand these differences.”

For Marc, the decision to participate was easy. He regularly reviews clinical trials for his work with VCHRI and has made a habit of participating in studies as a healthy volunteer. Over the past two years he has participated in six clinical research studies at Vancouver Coastal Health, including one that dealt with sexual health, another that examined the association between stroke and cognitive abilities and another aimed at measuring neuropathic pain.

“For the hearing clinical trial, Dr. Nunez first performed a physical exam on my ear,” recalls Marc. “I went for a blood draw at the Clinical Research Unit and then had a hearing test. In all, it only took an hour of my time and was very simple to do.”

Marc says that he participates in research to set an example for other clinicians and staff at the hospital, as well as the public at large. “I am also fascinated by new advancements in health, science and technology, so getting to be involved in research at this level is incredibly interesting,” notes Marc. “Each new study I participate in is a fun learning experience for me.”

“I hope that people who know that I participate in research will feel compelled to do the same.”

For Nunez, and countless other researchers, the participation of healthy individuals like Marc makes research studies possible and will contribute to the discovery of new diagnoses and treatments.

“We still need to differentiate between which patients are more likely to recover and which are at risk of permanent hearing loss,” says Nunez. “This clinical trial will hopefully help us better understand which microRNAs are involved in poor prognoses and develop targeted treatments that counter their effects before it is too late.”

As for Marc, he is already looking forward to participating in an MRI brain mapping study. “I am really excited because how often does anyone get a chance to see images of their brain?”

Many studies are currently recruiting healthy volunteers. Find a study to participate at www.vchri.ca/participate/healthy-volunteers.