More education and discussion needed about how to wean off of and discard opioids.

Open a medicine cabinet in Canada and you’ll likely find a few containers of old or expired medications. Some of those medications might be leftover opioids – strong painkillers, such as oxycodone, hydromorphone, and morphine, which are often prescribed to treat short-term moderate to severe pain after surgery. Vancouver Coastal Health Research Institute scientist Dr. Raymond Tang finds such easy accessibility to opioids troublesome, particularly given the increasing rates of opioid addiction in Canada and the U.S.

“The news often mentions illicit sources of opioids and pain medications such as drug dealers, but if you look at the statistics, the majority of pain medications and opioids being abused are actually from well-meaning friends or family1 or they’re found lying around in cupboards or purses,” explains Dr. Tang, clinical assistant professor in the Department of Anesthesia in the Faculty of Medicine at the University of British Columbia (UBC). 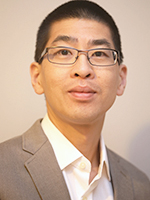 “When people normally dispose of opioids, they’ll often flush them down the toilet, which isn’t appropriate because it goes into the environment, or they just throw them in the garbage where they can be picked up by someone else,” explains Dr. Tang.

“There are two proper ways to discard opioids: bring them back to any pharmacy in B.C. or break the medication up into a noxious substance – like coffee grounds or kitty litter – and then put it into the garbage so it can’t be taken.”

Dr. Tang, who is also a staff anesthesiologist and co-director of the perioperative pain service for Vancouver General Hospital (VGH) and UBC Hospital, and his colleagues embarked on a project aimed at reducing diversion by better communicating to patients how to properly throw out their pain medications and wean themselves off of them. The researchers developed an information pamphlet and distributed them to orthopedic patients at UBC Hospital who were prescribed opioids. The researchers' findings, recently published in the Canadian Journal of Anesthesia, show that the pamphlet was highly effective in improving proper disposal of the medications.

According to the study, among patients who had discontinued opioids, rates of proper disposal increased from five per cent to 27 per cent for those who received the pamphlet. The pamphlet proved so effective that VGH and Lions Gate Hospital have adapted their own pamphlets and are giving them to postoperative patients. 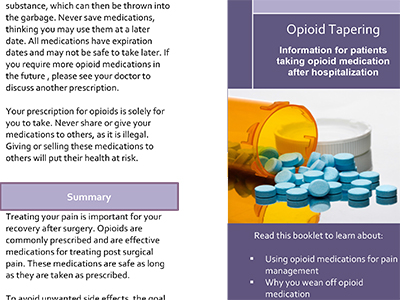 Although the proportion of patients weaned from opioids was unchanged by the pamphlet, Dr. Tang highlights that there is still a need to teach them how to stop.

“We often come across patients who don’t know how to appropriately take themselves off of their pain meds and aren’t aware of the side effects,” says Dr. Tang. “They’re not properly educated about the drugs they’re prescribed and some patients report going into withdrawal because they stop cold turkey after being on a significant dose – that can make them fearful of using the medications again in the future.”

While the pamphlet was effective in reducing opioid diversion, Dr. Tang learned from the project that more verbal discussions are needed with patients to better educate them.

“We’ve given talks to surgical residents to communicate the information given to patients because often the surgical residents are the last physicians that patients see and whom they get prescriptions from before they leave,” shares Dr. Tang. “Ultimately, we’re hoping that people will use opioids appropriately and that doctors will educate patients about the side effects of such medications, how to wean off of them properly, how to dispose of them, and some of the risks and benefits of these medications.”

1 Nonmedical use of prescription opioids: What is the real problem 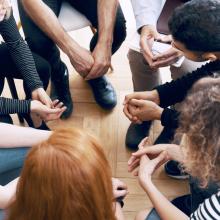 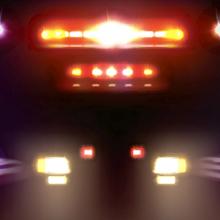