Cutting-edge technology could lead to advancement in drug development and personalized treatments.

Printing out an entire three-dimensional, living, human organ sounds like something seen in a sci-fi summer blockbuster, but it’s fast becoming reality. Researchers such as Vancouver Coastal Health Research Institute (VCHRI) scientist Dr. Jeremy Hirota, whose work focuses on the immune system of the lungs, are using the technology for exciting health exploration and discovery. 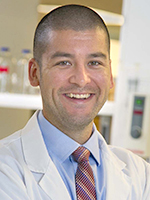 “The model airway we’re hoping to build via 3D printing would recreate part of a person’s lung and we’d be able to test drugs on it to see how well those specific drugs work for that specific person,” says Dr. Hirota, assistant professor, Department of Medicine, Division of Respiratory Medicine at the University of British Columbia (UBC), and co-director of the Chan-Yeung Centre for Occupational and Environmental Disease (CCOERD). “With that being said, we're very much at the beginning stages, like taking baby steps to the moon.”

“Our blue-sky thinking fuelling this project is that ultimately, if you have asthma or COPD, we could print an airway of your tissue and we could screen drugs to figure out that we can give you drugs A or B, but perhaps not C, in a personalized, precision approach.”

Dr. Hirota is working with Aspect Biosystems, an award-winning UBC-spin off company, to develop the model. The company has already developed several 3D tissue models and is commercialising their bioprinting technology, launching their first bioprinter later this year.

“Aspect Biosystems has unique technology globally and they also have the experience in lung research to create this model,” Dr. Hirota adds.

In 3D bioprinting, cells need to grow on a foundation and that foundation is a matrix, or scaffold. Without the right scaffold, the cells will not grow properly. 3D printing prints scaffolds and prints cells into, or onto, the scaffolds. Dr. Hirota’s study will attempt to determine what the best scaffold is to print cells that are involved in the lung immune response.

“One of the greatest strengths with 3D printing is being able to print the model on-demand, and other tissues can even be made today in as little as 30 seconds,” says Dr. Hirota, making it a more efficient model than standard laboratory techniques that can take three to four weeks.

“Another benefit to this type of model is that it’s flexible because it’s modular, which classical cell models just don’t really have,” adds Dr. Hirota.

“Being modular means we can actually experiment a lot easier because we can tell the printer to put a drug into the matrix or scaffold and it can pinpoint exactly where it will be placed; with our model system we may be able to model how a drug will work if inhaled or swallowed.”

“Sam and I had a casual conversation and I said, ‘I’d really like to do this because I have limitations with models and the experiments that I can do in my lab – can we combine it with some of the technology that you’re developing?’ And luckily he thought it was a great idea,” Dr. Hirota shares.

“So really, this has all become possible because two friends got together to combine both of our strengths to do something neither of us could do on our own.” 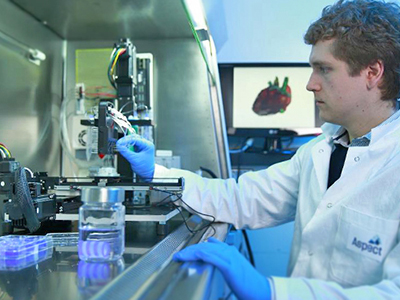 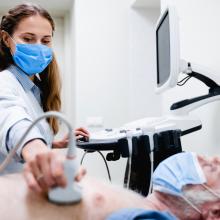 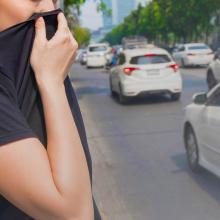