Like millions of people around the world, Dr. E. Paul Zehr is a big fan of Batman. In fact, Dr. Zehr, who works in human discovery science at ICORD (International Collaboration On Repair Discoveries), uses Batman as a way to teach people about science and medicine. He’s also written a book about the caped crusader—Becoming Batman: The Possiblity of a Superhero.

“Batman is the only superhero who is a human being. So people really relate to him,” says Dr. Zehr. “Batman’s popularity is a great tool to spotlight real world issues.”

Dr. Zehr’s latest research paper Can Concussion Constrain the Caped Crusader uses Batman as a way to focus in on the problem of concussion. The paper was recently published in the British Journal of Sports Medicine. 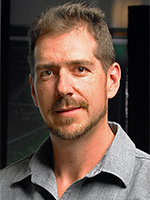 “Kids see Batman get knocked around a lot. He’s beaten up, he’s bashed up, and he undergoes abuse that would severely damage the average brain. But Batman never shows any symptoms of concussion. That’s a dangerous message. If it were Superman we could say oh, he’s an alien, the rules don’t apply. But because Batman is human we have to take a closer look.”

For his recent paper, Dr. Zehr, who is also an affiliate in the Division of Neurology in the Department of Medicine at the University of British Columbia, decided to count the number of concussive incidents Batman endures on the big screen. Dr. Zehr and his research partner Dr. Bruce Wright, UBC Regional Associate Dean of Medicine (IMP), sat down for a marathon viewing of ten Batman movies.

Dr. Zehr says he was expecting Batman would suffer a lot of head trauma, but he was shocked by how much he saw: “On average Batman has about six concussive incidents per hour. In the most recent film, it was more than ten per hour. Over the span of his career, Batman has had 176 significant concussive events.”

“We know this is a fictional character. But kids relate to him because Batman’s pitched as a human. And we risk becoming desensitized to the impact this kind of violence has on the brain.”

Downplaying head trauma appears to be Batman’s speciality. Despite the onslaught of head injuries, Batman never seeks medical attention and he never follows common sense “return-to-play” guidelines like taking a break from activity after a concussion. Dr. Zehr says that in real life, Batman would be suffering tremendously. He would very likely be diagnosed with chronic traumatic encephalopathy (CTE), a progressive degenerative brain disease that develops from repeated concussions. 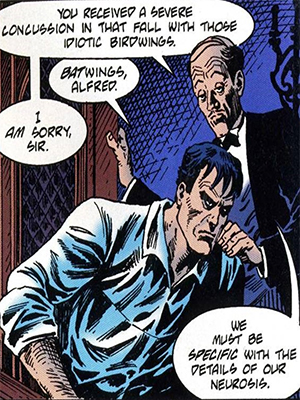 “What’s really overlooked in the Batman movies and in real life is the extreme danger of repeat concussions,” explains Dr. Zehr. “If the brain has already been damaged, a second or third incident can wreak havoc. Batman ignoring the consequences of head injury can be likened to young athletes hiding concussion impacts for fear of not being played, or disappointing coaches, or appearing weak.”

Dr. Zehr says there is more awareness about concussion today but the Batman films show there is still a lot of work to do, both for onscreen and real life heroes, like athletes.

“Recently, the Commissioner of the Canadian Football League denied any link between repeated head impacts and CTE. The research shows this is not the case,” he says. “It’s very discouraging. Football players are like superheroes to many kids. If we ignore the impact of concussion for them we are sending a dangerous message to kids that head traumas are not a problem.”

Dr. Zehr says new concussion guidelines from the recent International Consensus Conference on Concussion in Sport are expected early this year. In the meantime, he says families should still enjoy Batman movies but use the time together to talk about how unrealistic it is for the fragile brain to be unharmed by such physical trauma, even if you’re a superhero.

Star power: how and why celebrity culture influences our health