Feeling asthma-free for the first time in her life

“I say yes because if I take part in study that ends up helping to alleviate symptoms for other people... I think that’s a wonderful thing I can give.”

For the first time in her life, 31-year-old Vancouver resident Madeline Laberge doesn't feel like she has asthma. Diagnosed at the age of two-and-a-half, Laberge sighs when explaining that her condition, which causes her severe difficulty breathing, seems to be triggered by “basically any living thing in the world.” However, these days, rather than needing her rescue inhaler multiple times in one day, she barely needs it at all. Madeline recently completed participation in her third clinical trial for a new asthma medication. Although she didn’t feel any personal benefit from the first two clinical trials, her results in this latest one have been nothing short of remarkable.

“It changed my life,” says Laberge, a respiratory therapist at Vancouver General Hospital, of the most recent clinical trial.

“It’s exciting to think that it’s possible to go from taking a medication twice a day–to keep the asthma in check–to taking something only once a month for similar, if not better, effect,” says Laberge.

The list of medications that Laberge has been on throughout her life is extensive and she has been hospitalized many times because of her asthma. She has taken a strong corticosteroid drug fairly regularly for a long time even though the drug is known for causing significant side effects, as being an immunosuppressant medication. She has switched on and off between four different daily maintenance medications to keep her asthma manageable and steady. And then there’s her rescue medication, which she relies on when she can’t breathe.

“I have separation anxiety when I don’t have my blue inhaler nearby. It’s my go-to,” she says. “Before I participated in this third study, I had become hugely tolerant to my rescue medication because I’d take as many as 12 puffs of it in one day and my body really got used to it.”

While taking part in the clinical trial over the past year, Laberge took her daily medication along with the new, experimental drug once a month or every other month. Normally she would still need a combination of the daily drug and a variety of other drugs to help maintain her asthma or contain episodes, however, she found that with the experimental medication she rarely needed her rescue inhaler or the strong corticosteroid therapy.

“I haven’t taken the corticosteroid in a whole year, which is unheard of in my life–I’ve never gone that long without it!” Laberge says. “And I haven’t been hospitalized in a year.”

Vancouver Coastal Health Research Institute (VCHRI) clinician scientist Dr. Mark FitzGerald explains that most asthma patients can have their asthma controlled with medication that’s currently available. But medications targeting more severe cases of the disease are needed. The aim is to achieve exactly the results Laberge experienced: a controller medication given every month or two with a reduction in exacerbations and need for oral corticosteroids.

"Madeline's results are very encouraging and we hope to see similar results in other participants. Once the study results are available later this year, we'll have a better sense of how effective this medication is overall and whether it will soon be available for use outside clinical trials,” adds Dr. FitzGerald, who is also head of the Division of Respiratory Medicine at the University of British Columbia (UBC) and co-director of the UBC Institute for Heart and Lung Health. “In the meantime, a further medication we have previously evaluated in a number of studies will soon be available in Canada. Mepolizumab is a similar novel therapy that reduces the risk of exacerbations in subjects with severe asthma.”

Laberge shares that her experience in the clinical trial was positive in part because of the regular care she was receiving from specialists such as Dr. FitzGerald.

“You do receive a higher level of care not only because of the knowledgeable researchers, but also because people check up on you often,” Laberge explains. “Also, participating in studies often involves tracking your symptoms more and becoming more cognizant of your health.”

Laberge has participated in clinical trials because she wants to help other people who also suffer from asthma.

“It’s kind of my duty as an asthmatic to help,” she shares. “Any information they can gain from a study I’m in that can help alleviate symptoms for other people, or further the research behind my disease, I think that’s a wonderful thing that I can give.”

“If more people are willing to participate, more information can be gained,” says Laberge. “Because of my experience, I really hope this drug makes it to market.” 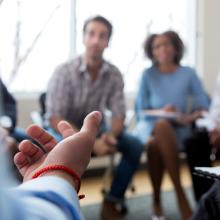 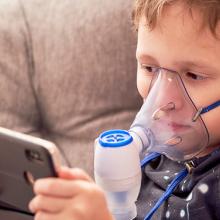