Amy Lubik is currently working in Dr. Ralph Buttyan’s lab at the Vancouver Prostate Centre involved in multiple projects including Sonic Hedgehog signaling in stromal steroidogenesis as well as inducing stem-like prostate cancer cells to understand progression. She also participates in the NextUp Leadership program associated with the Canadian Centre for Policy Alternative (BC).

What is your area of interest?
My areas of interest are prostate cancer and metastasis. I look at both the sonic hedgehog paracrine pathway and the cancer stem cell phenomenon. I did my PhD in prostate cancer steroidogenesis and I wonder if it might play into how the microenvironment of a metastasis site becomes hospitable to the tumour. As metastasis generally causes lethality, I wish to find a way to target the pathways in order to prevent metastasis.

What has been the proudest moment in your career?
When I was in grad school at the Queensland University of Technology (QUT), I was the leader of the Universities Allied for Essential Medicines (UAEM), a group which prompts universities to engage in more research for neglected diseases and to promote access to essential drugs in low and middle-income countries. I led meetings with department heads, administrators as well as students from different universities and I was proud when the UAEM principles were adopted by QUT in 2010. I was able to convince some labs at my university to screen compounds they had discovered for cancer against diseases such as malaria. This is critical as there are often common targets between seemingly unrelated diseases.

If you could be any superhero, which would you be and why?
I think I’d be She-ra as I’d love to leap building in a single bound and have super strength, as well as have amazing powers of empathic understanding (most of the time she just converted enemies to friends!), be able to heal people, and communicate with animals.

If you could invite any three people (living or dead) to dinner, who would they be and why?
First of all, I would love to invite Julia Child as she had an amazingly interesting life in politics, travel and food.

I would also invite Jack Layton, the dearly departed leader of the federal NDP. I would love to discuss his ideas for bringing social justice and environmental sustainability to the forefront of Canadian and global society.  And I hear that he was a great one to lead sing-along at parties!

Lastly, I would like to invite Dr. Stephen Finn, who has been my favourite speaker at two Australian prostate cancer conferences that I recently attended. He has been everything from a forensic pathologist/dentist/molecular biologist/ epidemiologist and I would like to learn about his ideas for metabolic intervention in cancer.

I believe these dinner guests would be hilarious and would make for a great party!

Do you see yourself continuing the work and loving what you do in 20 years?
I am not sure what the future holds, but I would love to continue this work or perhaps look into repositioning orphaned or off patent drugs to target pathways which could halt metastasis or drug resistance.

What would you do if you weren’t a researcher?
I would probably be a knowledge translation officer or a politician.

What’s your healthiest habit?
Half marathon running — it is great for thinking; or baking — which is good for the soul! 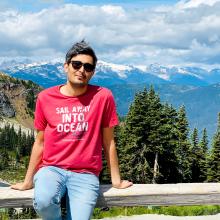 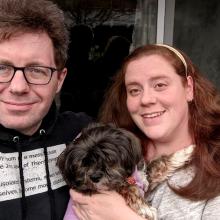 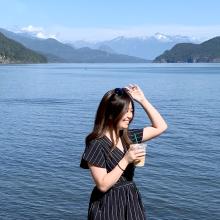