Veterans might not be getting the right clinical care

Treating PTSD could be the best course of action for veterans with perceived cognitive impairment.

Many veterans who serve in wars return home with not only physical scars, but with mental and emotional trauma. Around 10 per cent of war zone veterans in Canada will develop post-traumatic stress disorder (PTSD), according to Veterans Affairs Canada, and new research shows that PTSD may well be the root cause of cognitive impairments experienced by some veterans.

Dr. Noah Silverberg—researcher with Vancouver Coastal Health Research Institute (VCHRI) and recipient of the 2016 Innovation and Translational Research Award—recently began investigating how veterans perceive their own cognitive abilities, such as memory, language, concentration and judgment skills. He soon discovered that many veterans perceived that they had cognitive impairments and were seeking care for traumatic brain injury (TBI). However, Dr. Silverberg suspected that mental health symptoms associated with PTSD might actually be to blame.

“The stigma associated with mental health issues may be why many veterans were choosing not to seek care for PTSD, but for traumatic brain injury instead.”

To develop a clearer picture of why veterans seek care for their cognitive wellbeing, Dr. Silverberg led a study that involved reviewing questionnaires completed by 117 veterans at Home Base, a clinic in Boston, Massachusetts, that provides free medical and psychological care for at-risk veterans and military families. The study reviewed how veterans perceived their cognitive abilities, or how much difficulty they have each day remembering and concentrating.

Their research—published in June 2017 the Journal of Traumatic Stress—found that the lasting effects of mild TBIs on veterans’ cognitive symptoms were negligible, and that PTSD was playing a more significant role in their perceived cognitive impairment and lower quality of life.

“The results of our study showed that regardless of whether a veteran had TBI or not, they still had perceived cognitive impairment, and this can be partially or completely improved through treatment for PTSD.”

The programs for treating perceived cognitive impairment at Home Base were often geared towards veterans with TBI, which may have resulted in many not getting the appropriate care that they urgently needed.

“Veterans who reported more problems with their thinking skills also tended to have worse overall quality of life,” says Dr. Silverberg. “We suspect that this is because poor cognitive performance probably impacts relationships, employability and everyday tasks like taking medications and remembering things.”

As a result of the study led by Dr. Silverberg, Home Base began offering an Intensive Clinical Program in 2016 for veterans with TBI and PTSD. The program now takes a unique holistic approach that includes individual and group therapy, fitness and nutrition consultations, social activities and family integration and support to assist with the healing process.

“After this new program, veterans feel a lot better. They report having fewer symptoms of PTSD.”

In Canada, full-time military members have higher rates of depression and generalized anxiety disorder than the general public, according to Statistics Canada. The rate of PTSD among this group also increased between 2002 and 2013. However, new research and treatment protocols for this condition mean there is hope on the horizon.

“This is a common condition, and people with PTSD and their families are certainly not alone,” says Dr. Silverberg. “It is also very treatable, which means there is good reason to believe it will greatly improve with proper care.” 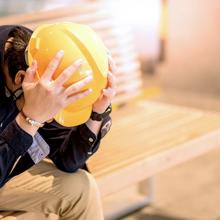 Helping workers with head trauma get back on track 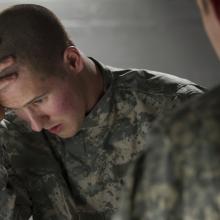 Ask an Expert: How do I know if I have post-traumatic stress disorder? 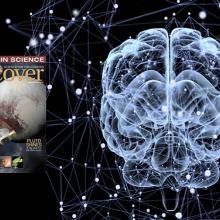