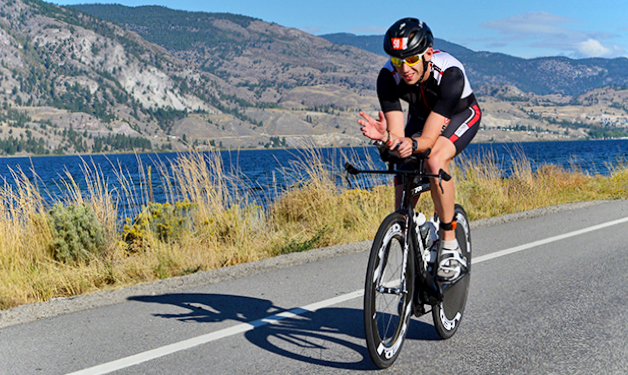 “I say yes to participating because that’s the only way we’re going to learn more about injuries like concussions and brain trauma. The more data the better.”
– Aaron Brown, Vancouver

The study is assessing whether a novel system for tracking eye movements can provide an objective and more sensitive way to better analyze and diagnose concussions quickly.

Jacob Stubbs, a research assistant at the University of British Columbia (UBC)-Vancouver General Hospital Human Vision and Eye Movement (HVEM) Lab, Dr. Jason Barton, Director of the HVEM Lab, Canada Research Chair, and Marianne Koerner professor of Neurology, Ophthalmology and Visual Sciences, and Dr. William Panenka, an assistant professor in the Department of Psychiatry at UBC are conducting the research.

“Discovery of an objective, reliable biomarker of concussion is critical to the patient's subsequent medical management and would also allow us to evaluate the utility of the many treatments currently available,” explains Dr. Panenka. “It may also help tell us when a person is fully recovered, which is critical to decisions related to return to work, school, and play.”

“There are also many different brain pathways that all converge to make eyes move–it’s not just one region in the brain.” Dr. Panenka goes on to say that the circuitry that controls our eyes traverses essentially the entire brain, so eye movements have the potential to capture an injury over wide areas. This is very important in brain trauma as the nature of the injury is spatially heterogeneous–one concussion generally does not result in the same areas of damage as the next.

Due to these advantageous qualities, the literature around eye movements is “exploding,” says Dr. Panenka. “It is looking very much like one of the most promising physical signs of concussions.”

“What we’re trying to find through our work are some of the holy grails of concussion research: a way to accurately diagnosis a person’s concussion when they’re first injured and a way to objectively follow their recovery,” Dr. Panenka adds.

For more information about this study, contact Jacob Stubbs at stubbs.jacobliam@gmail.com or 778-999-4707.

Previous Why are prostate cancer patients getting such poor sleep? Next Better together: Accountability helps diabetes patients control blood sugar