Researchers respond to public’s questions and concerns through reddit's Ask Me Anything.

A revolutionary discovery announced last week by scientists at the University of British Columbia, Vancouver Coastal Health, and the BC Cancer Agency revealed that a protein found in malaria could one day lead to the targeted destruction of cancer cells. The research team, including Vancouver Coastal Health Research Institute scientist Dr. Mads Daugaard, was building on knowledge that the malaria parasite produces a protein that targets a particular kind of sugar molecule in the placenta organ in pregnant women; the same sugar molecule is also found in most cancers. They realized that binding the malarial protein, called VAR2CSA, with cancer-fighting drugs could be a method of delivering the drugs directly to cancer tumours. Using VAR2CSA, the researchers were able to halt the growth of various tumours in mice, and in some cases eliminate the tumours entirely, without harming healthy tissue. 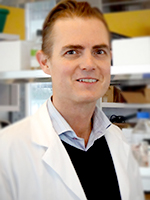 As expected, announcement of the discovery triggered a flurry of media coverage and questions from the public. Wanting to participate in further knowledge exchange and translation, the team answered questions submitted by reddit users via an AMA (Ask Me Anything) on the popular website. Below, Dr. Daugaard answers some of the most popular questions from the forum:

Q: When might this discovery turn into a cancer treatment for widespread use?
Daugaard: If we define 'widespread use' as market registration, we are probably looking at six to eight years (best case scenario). We need to do human safety trials (phase 1) and after that phase 2/3 efficacy trials. But before we get to that, we have to resolve a number of technical issues related to production and compound stability.

Q: Fairly often, the media reports on so-called breakthroughs and possible cancer cures, yet these rarely lead to real, effective treatments for cancer. What makes your team's discovery different?
Daugaard: In principle, we have to deal with the same challenges in the pre-clinical and clinical development phases as any other experimental cancer drug at this stage. However, the main difference here is that, if we succeed, we would likely be able to target most types of human cancer and not only specific subtypes. So – same risk, but extremely high reward!

Q: What are the similarities between placental tissue and cancer tumor tissue that sparked this research endeavour?
Daugaard: The placental cells proliferate to grow to a 500g heavy organ in 36 to 40 weeks. In that process, these cells invade the uterine tissue as part of the natural placental implementation process. Also, placenta needs to form new blood vessels in order to supply the growing foetus. High proliferation rates, the ability to invade adjacent tissue, and increased vascularization are features shared with cancer, thus studying ‘oncofetal’ similarities may teach us a thing or two about cancer. In our study we identified a carbohydrate structure in cancer as an oncofetal secondary modification, which we can conveniently access and target with a placenta-binding malaria protein.

Q: Is there any knowledge of the treatment’s side effects at this point?
Daugaard: Although mice also express this carbohydrate structure in placenta, we have not observed significant side effects in mice treated with the malaria-based drug. Moreover, this type of malaria parasite can only sequester to the placenta in humans and does not bind anywhere else in the human body. Combined, this provides us with a level of comfort that the oncofetal carbohydrate structure is only present in placenta and cancer, and not in normal tissue. As such, we are hopeful that the human safety trials will reveal minimal side effects.

Q: What is the research team’s next goal following these findings?
Daugaard: The next goal is to make the drug batch for human safety trials. We are working closely together with Kairos Therapeutics and VAR2 Pharmaceuticals to test the drug in multiple cancer models and to resolve technical challenges related to production, stability and quality assurance. This is a costly affair and depending on our funding situation this could take two to four years.

Q: What message of realistic optimism and hope do you have for patients who currently have cancer and are hoping that this discovery will help them?
Daugaard: This is a hard question. This discovery is not likely to pass through clinical testing and registration earlier than six-to-eight years from now, so patients with advanced disease will most likely not be able to receive the potential benefits. But again, it is hard to predict the future and we may be able to move faster than we anticipate. In the end it depends on how many recourses we are able to put into this program.

Q: Do you think we’ll see a cure for cancer in the next 50 years?
Daugaard: I think in another 50 years we can see very good treatments for cancer, to a point where people die with it rather than from it. The field is always advancing, we have better preventative measures, diagnostics, and treatment options than just a decade ago. I see no stop to this upward trend. New landmark discoveries in immunotherapy and targeted therapies will likely contribute significantly to disease management and, who knows, might offer a cure to at least some types of cancer. I think we have reasons to be optimistic. 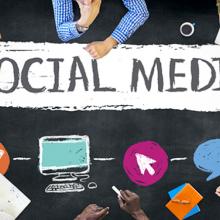 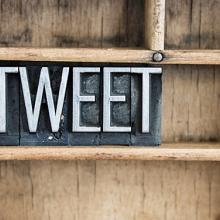 Ask the experts: Why should I carve out research time for social media?