New findings from a study nearly a decade in the making suggest that use of fluorescence visualization (FV) during oral cancer surgery drastically improves the accuracy of the removal of cancerous tissue, significantly reducing local recurrence rates of oral cancer. 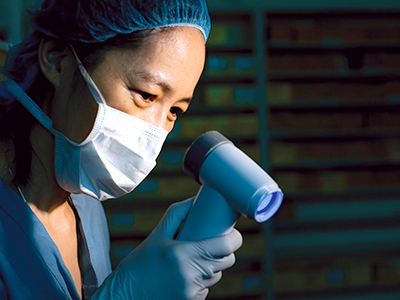 “Use of FV technology is currently not standard for all oral cancer surgeries to help surgeons decide how and where to remove diseased tissue, so this is a new way to perform oral cancer surgery and look at how this disease spreads.”

The retrospective case-control observational study, published recently in American Medical Association Otolaryngology—Head & Neck Surgery, included patients registered at the Department of Oral Oncology within the British Columbia Cancer Agency from 2004 to 2009. The study sought to assess the efficacy of FV-guided surgery in reducing recurrence at the site of the cancerous region and improving overall survival.

The study utilized VELscope Fluorescence Visualization technology developed in a cooperative effort between the BC Cancer Agency and LED Dental Inc. This device employs an optimized blue light to excite the tissue and proprietary, patented filtering to visualize the resulting natural tissue fluorescence.  This technique has currently been adopted in the community as a screening adjunct.

Currently, surgical removal of cancerous lesions in the mouth requires cutting an extra 10 mm around the lesion (or tumour) in the hopes of removing cancerous cells that are often spreading and hard-to-see with unaided eyes. However, the study showed that even with standard use of the additional 10 mm margin, one-in-three patients will still experience local recurrence of the cancer.

“With FV technology we found that the extension of this disease is not uniform around the cancerous area, so a 10-mm margin around the tumour site may not always work,” explains Dr. Poh, who is also an oral pathologist and associate professor in the Faculty of Dentistry at the University of British Columbia.

“With the use of FV technology, we hope to accurately remove all cancerous tissue and spare normal tissue in one surgery.”

The study’s findings showed that use of FV during surgery to remove lesions significantly reduced the three-year recurrence of cancerous tissue in the affected oral region. For patients with cancerous lesions, FV-guided therapy reduced their recurrence rate from 40 per cent to 6.5 per cent. Recurrence among patients with pre-invasive lesions dropped from 39 per cent to 9 per cent.

According to Dr. Poh, Vancouver Coastal Health-affiliated head and neck surgeons in B.C. have already changed their practice and standardized the use of this technology (VELscope, LED Dental) during oral cancer surgery. 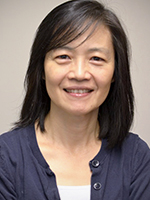 “If the COOLS trial is supportive, this will have a huge impact for clinical practice,” she says. “It means the technology should be used as part of routine practice to assist the surgeon in deciding the surgical margin, which will likely improve outcomes in terms of being able to catch local recurrence. And having only one surgery compared to two or three can save a lot of money for the health care system as well.” 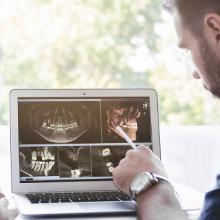 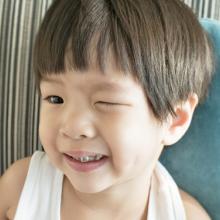 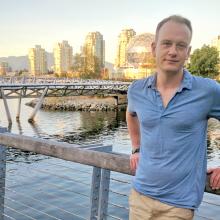