In 2007, the International Agency for Research on Cancer officially classified shiftwork as a probable cause of cancer1. In particular, the agency found that women who work shiftwork for more than 20 years are at an increased risk of developing breast cancer. Knowing that exercise reduces this risk, Vancouver Coastal Health Research Institute (VCHRI) scientist Dr. Kristin Campbell, and Dr. Sarah Neil-Sztramko, then a PhD student at the University of British Columbia School of Population and Public Health, embarked on a clinical trial to assess the feasibility of a physical activity intervention for female shift workers in 2015. The study was part of the Improving Cancer-Related Outcomes in Shift Workers project undertaken by the Centre of Excellence in Cancer Prevention and led by VCHRI-affiliated researcher Dr. Carolyn Gotay.

“Based on preliminary research we had done, it looked like shift workers were even less likely to be active than the average person because of the challenges they have with their shift schedule – working at night, sleeping during the day when most people go to the gym, having competing demands from family, etc.,” says Dr. Neil-Sztramko, who is now a post-doctoral fellow at McMaster University in Hamilton, Ontario. 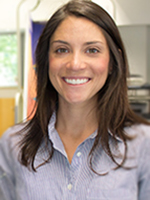 The researchers developed a tailored, distance-based intervention for their study group, which comprised 20 female shift workers. Their goal was to help the women reach the Canadian physical activity guidelines of 150 minutes per week of moderate to vigorous physical activity. Each participant had weekly teleconferences with a physical activity coach for the first four weeks of the study to help plan and schedule exercise, understand the benefits of exercise, and get useful feedback. For the duration of the 12-week study, participants used Fitbit activity trackers and the corresponding app to monitor their activity levels, set goals, and watch their progress toward meeting those goals.

“Fitbit and similar monitors are becoming more popular amongst the general public and we wanted to know if using something like that could help women keep track of their activity and increase accountability towards their goals,” says Dr. Neil-Sztramko.

“Usually when we want people to start exercising, we ask them to find an exercise buddy or sign up for a class or group to increase the accountability to stick with a program, but that’s very difficult for women working a four-day-four-night schedule, for example,” she adds. “Their schedule doesn’t allow them to commit to a weekly class and they often don't’ have the same time off as their family members and friends, so we thought an intervention like ours could substitute in those pieces.”

The researchers found that overall, most women considered the intervention useful and helpful. Having the Fitbit as a tool providing day-to-day feedback proved very helpful for most of the women to meet their goals and it also pushed them to find ways to integrate exercise into their daily life, such as taking transit or parking farther from their workplace, rather than having to set aside separate exercise time.

Overall, participants increased their physical activity from baseline to the end of the study and on average they lost one kilogram of body weight, which was not a goal of the study but simply an additional result. Participants also reported some improvements in their sleep as well as their quality of life. 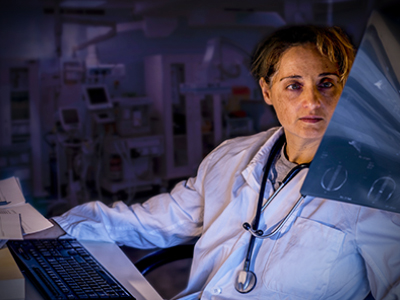 “Something like this physical activity program, or other lifestyle interventions can be really important to help them mitigate that risk while we still try to figure out how the underlying pathology or biological mechanism causing their increased cancer risk.”

Building on their findings, the team hopes to test the program in a larger group of shift workers to assess how it could be rolled out into the workplace as well as the program’s impact on biological markers linking shiftwork to health outcomes.

Ask An Expert: Elite athletes seem to put their bodies through the wringer to prepare for competition. Do they have a higher pain tolerance?