While campfires have been banned across BC this summer, many are unaware of the significant risk of burns from BBQs and other sources. Vancouver Coastal Health Research Institute (VCHRI) research scientist and plastic surgeon Dr. Anthony Papp wants people to become more aware of a dangerous type of burn called accelerant burns. These burns are caused when using products like gasoline, propane, or butane to start BBQs and bonfires, burn garbage and even manufacture drugs.

Accelerant burns are typically more severe and usually affect two and a half times more body surface than other types of burns. Every third accelerant burn patient requires a stay in the ICU, on average about 10 days, and 75% of these patients require surgery before being transferred to the Burn Unit and going through a long and painful recovery process.

Dr. Papp, who is a clinical professor in the Faculty of Medicine at UBC, has just completed a study of accelerant burn cases over a 6-year period at the Vancouver General Hospital Provincial Burn Unit. The study found more than 30 per cent of cases admitted to the burn unit were accelerant related. The results uncovered something else—a strong connection between substance abuse and burn risk.

“I get a case every week either in the Burn Unit or in the Burn Clinic,” says Dr. Papp. “People don’t realize the extreme danger of using accelerants. It’s made worse because gasoline fumes and vapours are invisible and people don’t realize that the fumes have attached to their clothing. The fumes will stick there—when people back up they leave a wall of fumes between them and the BBQ or bonfire. Their clothes then catch fire and serious burns result.”

Dr. Papp once treated a 5-year-old with burns to more than half his body. The boy’s father was using an accelerant on a domed portable BBQ. Although the boy was several metres away from the BBQ, the gas vapours in the air created a fireball that reached him in seconds. He spent months in hospital, undergoing several surgeries.

“It is just not worth the risk. If you can’t start a fire without an accelerant you should not be starting a fire.”

Dr. Papp says if you suspect gasoline vapours have attached to your clothing, you should change immediately and avoid any proximity to fire. You should also have someone else light the BBQ for you. Dr. Papp also warns people to be aware of loose and flammable clothing.

“You don’t need to have your sleeve or pant leg in a fire for it to catch on fire. Certain types of material catch fire very easily with no direct contact; heat alone can set them on fire. This happens a lot. Certain fabrics catch fire very quickly, especially if they have any trace of accelerant vapour on them.”

Dr. Papp’s study of accelerant burn patients found a disturbing correlation with substance abuse. 40 per cent of people in the accelerant-caused burn group had a history of substance abuse. “This is the first time we’ve been able to show this strong link,” says Dr. Papp. “And it’s likely an underestimation. Many patients are reluctant to tell you they were under the influence of alcohol, high on drugs, or manufacturing meth. There is a significant denial factor.”

Dr. Papp’s study found accelerant burn patients with drug involvement had more total body surface burned than other accelerant burn patients and they required more intensive care. Some patients were involved in methamphetamine production, some were connected to cooking hash oil, and some were simply high or drunk while lighting fires. Cannabis oil production—where grain alcohol is used— was also found to be a high-risk factor, often causing explosions and severe burns.

Going forward, Dr. Papp suggests possible toxicology screening to all admitted burn patients to get a better picture of the substance abuse connection and to help inform treatment decisions. “Many of these patients require additional help from social services, such as addiction counsellors and pain experts,” Dr. Papp says. “Further, patients with a history of marijuana abuse do not respond well to pain medication so they can have significant pain control issues.” Dr. Papp says the drug abuse related burn cases place a huge burden on the health care system, beyond the $18,000 per day ICU cost.

While much attention is focussed on the opioid crisis, other drug use continues to rise in BC. Methamphetamine use and production is increasing, as is alcohol consumption. Dr. Papp says knowing the strong connection between substance abuse and severe burns is one more reason to address this problem. 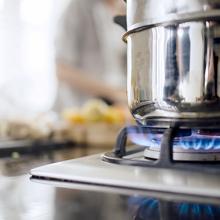 Ask an expert: How can I protect my family from burns at home? 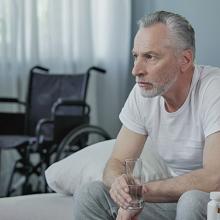 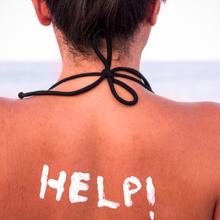 Ask an expert: Should I get a base tan before enjoying the summer sun?