Cognitive health and memory often go hand in hand. A decline in one can potentially trigger a decline in the other. New research from Vancouver Coastal Health Research Institute researcher Dr. Fidel Vila-Rodriguez and co-author Elizabeth Gregory has found that the opposite can also be true.

Their study, published in the journal Neuromodulation: Technology at the Neural Interface, is the first to test how the repetitive transcranial magnetic stimulation (rTMS) therapy impacted the memory of patients with moderate to severe treatment-resistant depression (TRD).

“The promising results of this study lay the groundwork for further investigations into the neural mechanisms and cognitive improvements associated with rTMS among patients who have few alternatives to help them overcome life-halting depression,” says Vila-Rodriguez.

“Coupled with an elevation in mood, improvements in memory can lead to dramatic shifts in a person’s sense of well-being and quality of life.”

Patients with TRD have experienced one or more depressive episodes that did not respond to medication or psychotherapy, and have lasted for several months to years.

The greater the frequency and severity of depressive episodes someone has, the more likely they are to develop cognitive dysfunction, says Gregory.

“It can be a chicken and egg problem as to whether depression causes cognitive dysfunction, whether cognitive symptoms lead to a worsening of depression or both,” she says.

rTMS non-invasively stimulates nerve cells in the brain with a series of short magnetic pulses transmitted through coils inside a pad that is placed against a patient’s head. By tapping on the dorsolateral prefrontal cortex — an upper frontal region of the brain implicated in symptoms of depression — the magnetic pulses can help regulate electrical signals in the brain, decreasing symptoms of low mood and cognitive impairment.

Vila-Rodriguez and Gregory’s study involved 47 participants with TRD and 22 healthy volunteers. All participants received three to 30 minutes of the therapy once daily for six weeks, along with cognitive assessments that tested their recall of a series of words.

It is believed that the rTMS treatment can strengthen neural pathways in the brain that lead to improved mood, entrenching depression-busting signaling behaviour, explains Gregory.

“In neuroscience, we call this long-term potentiation,” she adds.

“It is almost as though we are exercising parts of the brain to strengthen its ability to retain positive gains in mood and cognition acquired through the treatment.”

Three months after completing their rTMS treatments, patient participants with cognitive dysfunction showed significant improvements in their verbal memory — a type of episodic memory that enables humans to recall specific events in their lives, such as what they had for breakfast or a fact they heard on the news an hour ago.

Some of the patient participants with elevated verbal memory also experienced improvements in their symptoms.

“Many of our patient participants had been depressed for decades,” says Gregory. “Seeing them get some relief from their symptoms following this treatment was pretty amazing.” 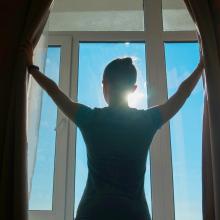 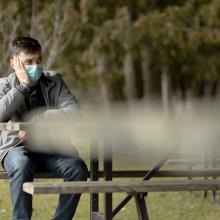 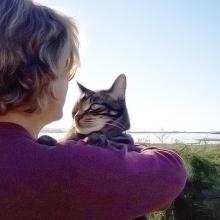